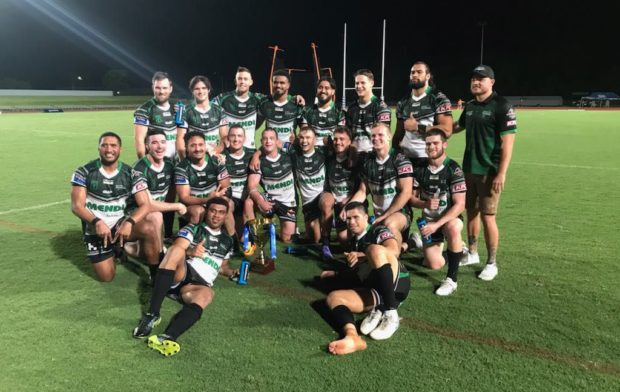 The Mendi Blackhawks defeated the Northern Pride in round 4 of the Hostplus Cup.  Photo Blackhawks Media

The Townsville & Districts Mendi Blackhawks have won back to back wins for the first time this year with a 22-12 win over the Northern Pride in the XXXX Rivalry Round.

In their first away game of the season, the Mendi Blackhawks were first to score through Kalifa Faifai Loa.

The home team bounced back through Evan Child scoring a try then again with Robert Derby just before half time putting the home team in front at the break.

The Mendi Blackhawks did a great job defensively keeping the Pride scoreless in the second half, taking out back to back wins for the first time this year.

Mendi Blackhawks U18s have finished the Auswide Bank Mal Meninga Cup regular season undefeated and on top of the ladder.

The team won in Rockhampton on Saturday 28-16, against the CQ Capras.

The first semi-final game will be held on the Sunshine Coast on Saturday, April 23.

All teams have a break this weekend over the Easter period then we return to Jack Manski Oval the following Sunday for our ANZAC round game against Tweed.