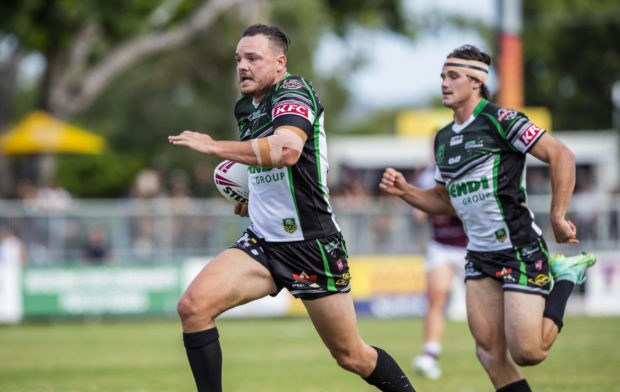 The Townsville Blackhawks hosted Burleigh Bears for the Round 2 fixture of the Hostplus Cup and it was the Bears who were victorious.

The last time these two sides clashed was in Round 8 last year, where the Bears won in a close match, with a score of 22-18.

The Blackhawks were looking to win in front of their home crowd after suffering a loss last week to Norths Devils, and Burleigh were coming off a win against Wynnum Manly Seagulls.

The visitors opened the scoring with Jacob Alick finding a spot in the Mendi Blackhawks defence to take advantage of and Josh Rogers successfully converted.

The Blackhawks answered back through Riley Price diving through his defence to hit the try line and Michael Bell was able to convert.

Kalifa Faifai-Loa sprinted down the sideline and was able to draw in his defence to pass the ball to Jaelen Feeney to score for the Blackhawks and Bell successfully converted.

Patrick Kafusi was sent to sin bin after a professional foul which left his side vulnerable to the Bears attack.

As the home team desperately tried to hold out their opposition with only 12 men, Burleigh’s Rogers found space in the defensive line by scoring a try and successfully converting, locking the scores.

After an error from the Blackhawks, the Bears were able to take the lead after Rogers was able to convert a penalty goal.

The first half finished at 14-12 in favour of the Bears.

With the second half well underway, the Bears pushed through the Blackhawks defensive line in the 50th minute through Tristan Powell, who was too powerful for his opposition to hold up from scoring and Rogers was able to convert.

The Blackhawks’ Faifai-Loa put on one of his specials by winning the race to the ball in the corner and scored but Bell’s kick attempt was unsuccessful.

Trailing behind by four points, the Blackhawks desperately tried to find a way through the Bears and Taniela Sadrugu, on his debut, was the man to find a weak spot in the opposition’s defensive line where he was unable to be stopped and Bell was able to convert the try, putting the home team in front.

In the dying seconds of the game, the Blackhawks scrambled to stop the Bears from scoring, but Tony Francis was too much for the home team to handle as he put the ball down and the conversion attempt was successful.

In a thrilling finish, the Bears were able to beat the Blackhawks on their own turf. The final score was 26-22.

Making his debut for the Blackhawks, Zac McMinn impressed with his first stint.

“We can put all that effort in, and then with just a little lap of concentration, unfortunately Burleigh was able to capitalise on it and got us it in the end,” McMinn said.

“I made it my goal to play one Hostplus Cup game this year and now I’ve done that and I’m very happy, I just want to keep striving to play again and to play well.”

The Blackhawks will host Wynnum Manly Seagulls in Round 3.