U21s Advance to the Grand Final 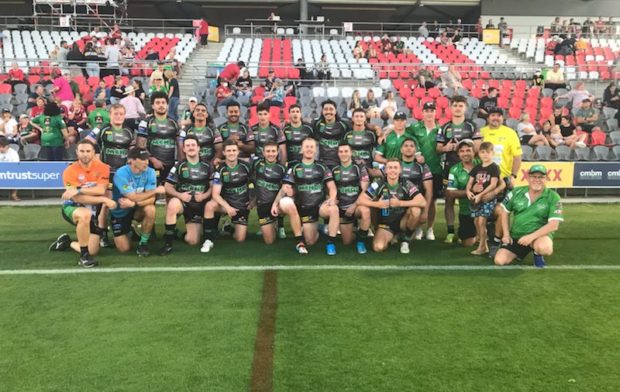 The Mendi Blackhawks will be painting the town green and black after booking a place in the Hastings Deering Colts grand final this afternoon.

The grand final will be held next Sunday, October 10, 12:45pm at Moreton Daily Stadium, Redcliffe against Wynnum Manly.

A hat-trick to winger Jesse Yallop helped seal the win for the team with Zac Laybutt on fire with the boot kicking 9/10.

“It was really pleasing, obviously the 54 points was unexpected,” Blackhawks coach David Elliott said after the game.

“I certainly didn’t think we would win like that, but conceding 12 points, we have been strong defensively the last two weeks and we have always had a priority on that, so it was really pleasing that the boys could turn up for that.”