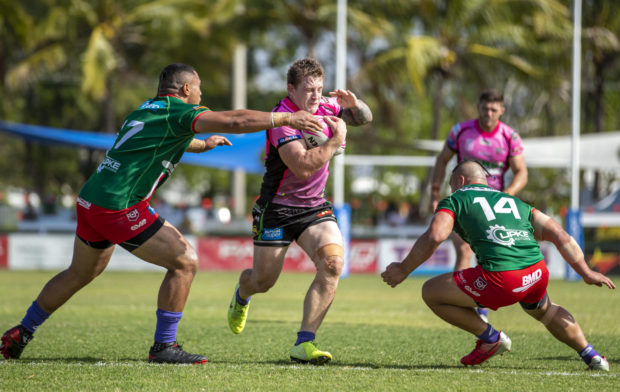 Week 1 of the finals are locked in.  Photo Alix Sweeney

The Intrust Super Cup top eight has been confirmed today following the completion of the final round of regular season fixtures, with the spotlight now shifting to the opening week of the finals next weekend.

The two qualifying finals will see minor premier the Norths Devils up against the fourth-placed Tweed Seagulls, and the Wynnum Manly Seagulls at home to the Burleigh Bears (2 v 3).

The two winners will advance directly to the preliminary finals, while the losing teams will get another chance in week two against the winners of the elimination finals.

Redcliffe Dolphins (5) meet the Sunshine Coast Falcons (8) in the first elimination final, while the Souths Logan Magpies (6) are drawn to play the Townsville Blackhawks (7) in the second knock-out match.

Townsville Blackhawks will clash with the Redcliffe Dolphins in the second qualifying final.

The two elimination finals will see the Brisbane Tigers up against the Mackay Cutters, and the Tweed Seagulls in action against the Souths Logan Magpies.

Both the Intrust Super Cup and Hastings Deering Colts grand finals will be played at Moreton Daily Stadium on Sunday, October 10 with tickets now on sale.

Further updates will be provided on QRL.com.au throughout the week.