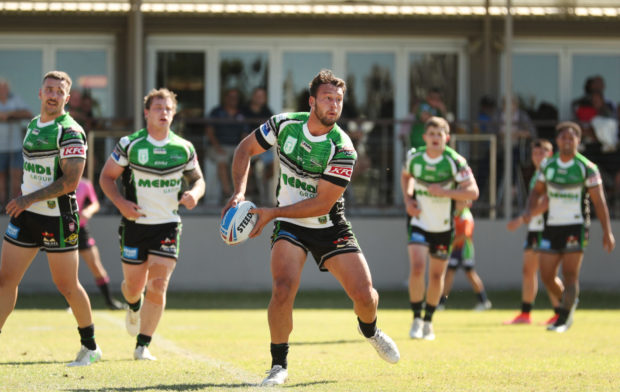 With all games postponed, the next game for the Mendi Blackhawks is Saturday, August 14 at home against Wynnum.  Photo Alix Sweeney.

Representatives from the Queensland Rugby League and statewide competition clubs today discussed the impact of the State Government’s decision to extend lockdown in south east Queensland until Sunday, August 8.

It was determined this weekend’s Intrust Super Cup (Round 16) and Hastings Deering Colts (Round 13) fixtures will be postponed.

While the QRL will “explore all options” to ensure as many games are played as possible, the league is waiting on further information before making a final determination on whether the fixtures originally set down for this weekend will be rescheduled.

This outcome follows the decision to cancel all of last weekend’s Round 15 Intrust Super Cup and Round 12 Hastings Deering fixtures due to the COVID-19 outbreak in Queensland.

These fixtures (from the weekend of July 31-August 1) will not be rescheduled.

The next game for the Mendi Blackhawks will be Saturday August 14 against Wynnum at home for the Women in League Round.

The team will be wearing specially designed Women in League jerseys, n plus and our community corner is Mendi Think Pink Week, which raises fund for the Unlock the Lach foundation.  Tickets are on sale now with first prize being a chance to deliver the MENDI BLACKHAWKS GAME BALL to Centre Field in a HELICOPTER! 🏈 🚁