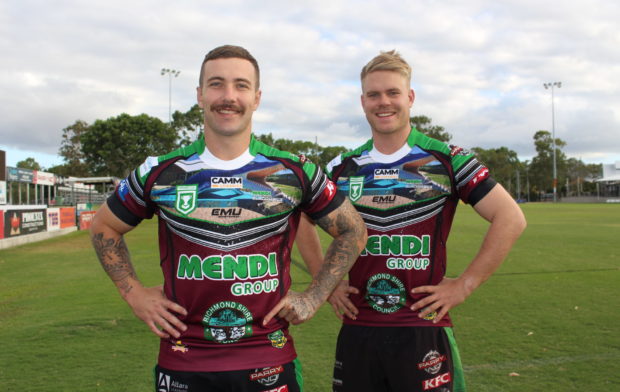 Joe Boyce and Sam Murphy in the specially designed jerseys the Mendi Blackhawks are wearing in Richmond for Country Week.  Photo Blackhawks Media

‘Activate! Queensland’ Country Week is finally here and all seven round 14 Intrust Super Cup matches are heading to regional Queensland.

The Townsville & Districts Mendi Blackhawks will play their match in Richmond, home of the mighty Richmond Tigers, and will take on the Souths Logan Magpies.

Coming off 4 straight wins, including a gutsy effort against the Northern Pride last weekend, the team is looking forward to heading west.

Coach of the Mendi Blackhawks Aaron Payne visited the north western region recently, during the June bye round, and said the whole region is buzzing with anticipation of the game. 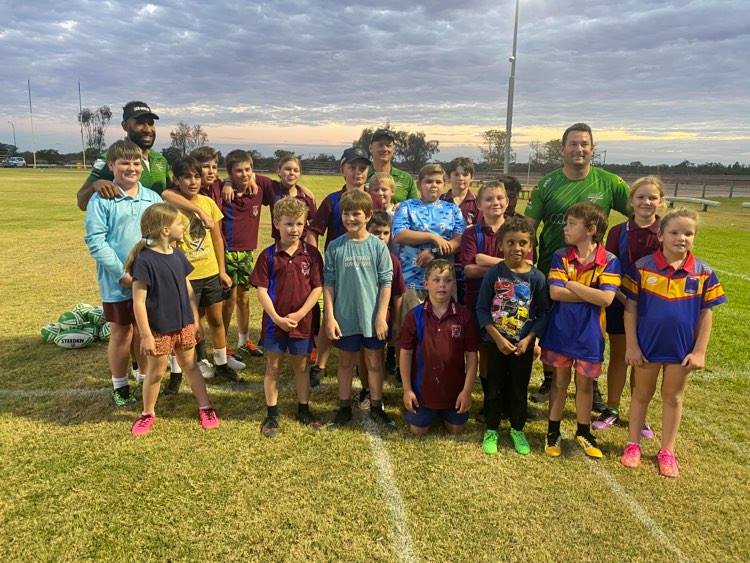 “Richmond is a part of our footprint so we know a lot of the good people from out there,” Payne said.

“The volunteers work hard to keep regional teams playing Rugby League, so it’s nice to n be able to give something back to them.”

“We would like to thank the Queensland Rugby League and Queensland Government for giving us this opportunity.”

To mark the occasion, the Mendi Blackhawks will be wearing specially designed jerseys that incorporates the town of Richmond. 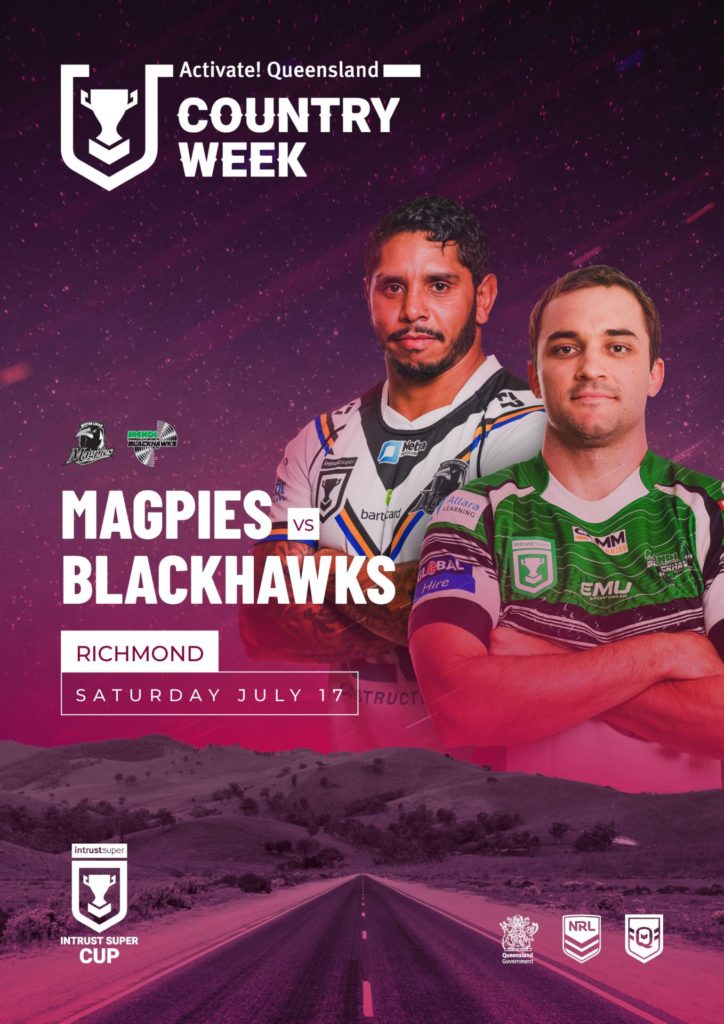