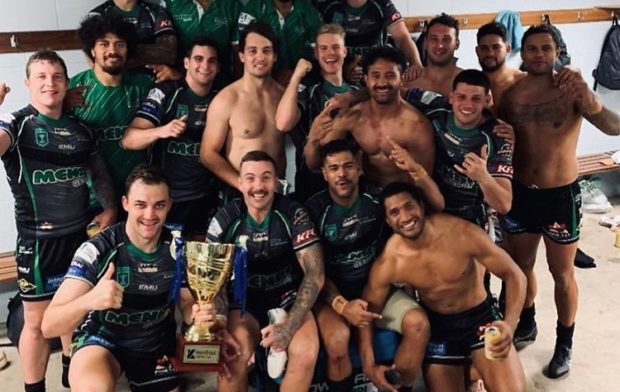 In the North Queensland local derby, the Northern Pride hosted Townsville Mendi Blackhawks at Barlow Park in Cairns on Saturday night with the visitors claiming the win in a high-scoring match.

When these teams last met in Round 4 in Townsville, the Pride came away with the spoils after a last-minute try sealed the victory for the visitors.

Roll forward to this weekend’s Round 13 match and the scoreline was an identical, 30-26 but the visitors taking the two competition points.

In an evening rich in heritage and feeling as the clubs acknowledged NAIDOC Week, the Pride were rocked as the Mendi Blackhawks opened their account for the night with an early try after five minutes to front rower Sam Hoare.

Although the Pride levelled up five minutes, later the Blackhawks controlled the pace and tempo, crossing the line for a second time after 20 minutes of play to take a strong 12-6 lead.

The faster and fitter Blackhawks dominated the centre of the field, making metres at will and placing the Pride on the back foot regularly.

The Blackhawks continued to control the play and crossed for their third try after second rower Patrick Kaufusi broke the defence and picked up his fourth try of the season.

Just before half-time, Northern Pride centre Grant Anderson crossed the line and narrowed the margin back to eight points. 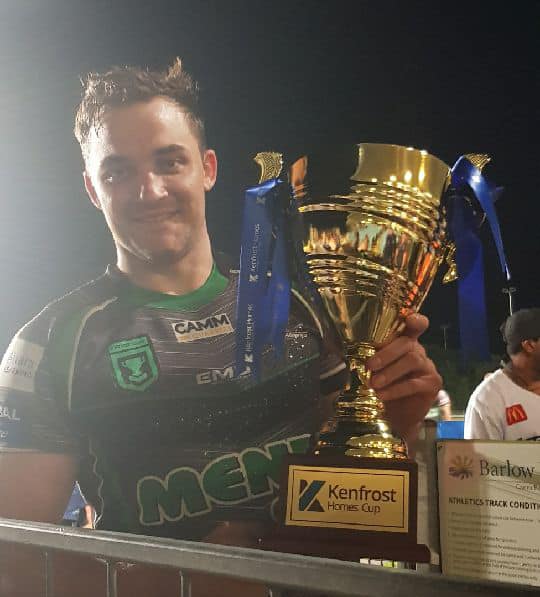 The Pride returned with a stirring start to the second half with bustling runs by bench forward Paea Pua driving his team into attack; rocking the Blackhawks defence.

Pride’s half Matt Eagan missed an opportunity to cross after a 60-metre break down field, losing the ball metres from the line. However, the Northern Pride were showing their more fancied Townsville rivals they were not giving up.

The Blackhawks in return stepped up a cog, and centre Bacho Salam fed the perfect dummy to get break 40 metres out before stepping fullback Jayden Corrigan to cross and put the Blackhawks up by 12.

Shaun Nona had a great night with the boot, converting all five Townsville tries.

The Pride rallied in attack and continued to drive the ball down field with every set of six, with Denzel King continuing to impress, crossing the line to the side of the posts after running from dummy half.

The game was still in the balance, with bustling runs as standard for Pua placing the Blackhawks defence under pressure constantly.

Pua crossed the line, but fed the ball back to a waiting Lata Fakalelu to dive across and place the game in the balance 30-26.

The final 10 minutes was entertaining for the crowd as the match could have gone either way. The Pride rallied, but could not cross the line as the Blackhawks hung on to take the points.

Next week the Townsville Mendi Blackhawks head to Richmond to take on the Souths Logan Magpies at Charlie Wehlow Oval for Country Round.  Kick off is 4pm.

Hastings Deering Colts U21s have a bye round.