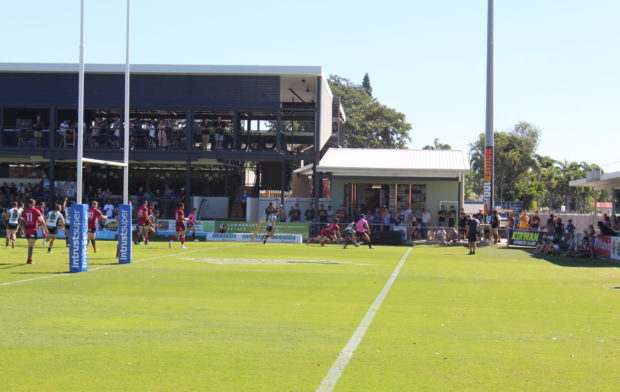 Ben Campagnolo became an instant hero, scoring a match winning try in the 78th minute for the Townsville Mendi Blackhawks providing a much needed 24-18 victory.

With the Blackhawks reduced to 12 men after Jaelen Feeney was sent off with five minutes to go, Campagnolo latched on to a Carlin Anderson pass to score in the corner sending the big crowd into raptures.

It was a pulsating North Queensland derby, that had everything, great attacking football, desperate defence and a whole lot of passion.

The Mendi Blackhawks got off to a dream start after an error from the Cutters from the kickoff. Kalifa Faifailoa scored in the 2nd minute following some quick hands and a sublime pass from Bacho Salam.

After dominating early territory, the Mendi Blackhawks conceded a try against the run of play in the 10th minute, when Josh Smith picked up a loose ball and ran 90 meters for a try. Campagnolo tried in vain to prevent the try but forced Smith to score out wide, resulting in a missed conversion and keeping the scores level at 4 all. A pin point kick from Cutters half Ata Hingano resulted in a try for Michael Bell, converted out wide by Jack Quinn.

Shaun Nona replaced Salam and had an immediate impact with a deft short kick resulting in a try for the hardworking Nathan Barrett. With the conversion unsuccessful it appeared the Cutters would head to the break with a 2-point lead, but Emry Pere powered over and scored in the shadows of the first half, the conversion from Quinn had the Cutters ahead 16-8 going into the sheds.

In the 52nd minute, Faifailoa was over for a double after a superb finish following slick hands from the inside. Deajarn Asi missed another difficult conversion. Cutters hooker Sean Mullany was sin binned in the 58th minute but the Cutters hung on and the Blackhawks could not take advantage. 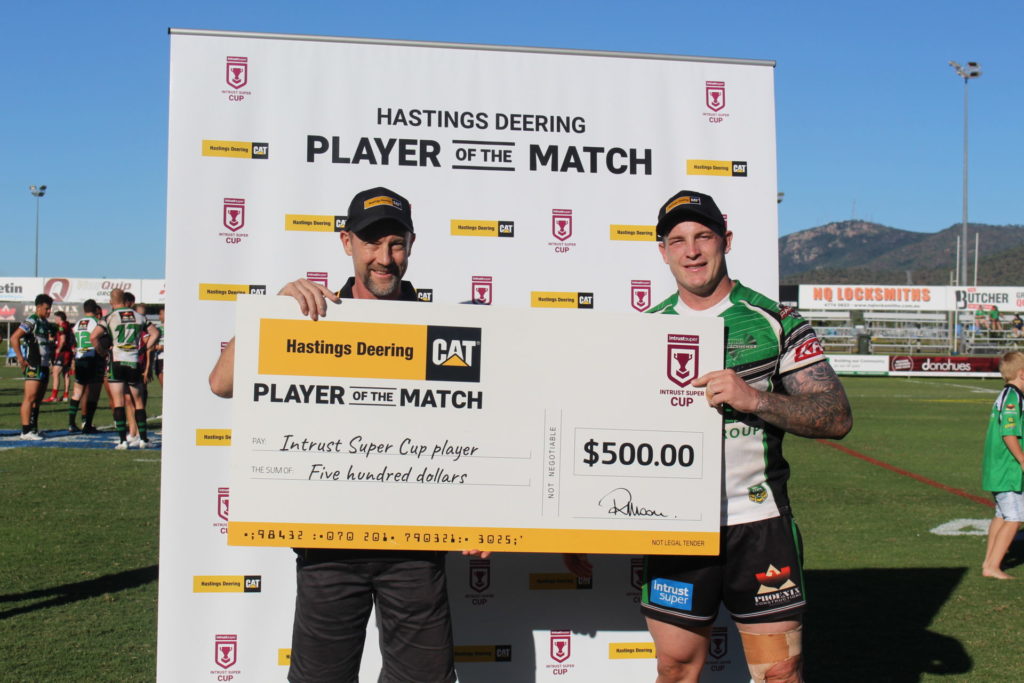 Ironically on the return of the Mullany to the field the Blackhawks scored through Kyle Laybutt, who showed great invasion and speed from 20 meters out after a great pass from Nona. Carlin Anderson took over the kicking duties and delivered with a sideline conversion giving the Mendi Blackhawks the lead with 17 minutes left.

Feeney shut down a dangerous Cutters raid with 5 minutes left, but was sent to the sin bin, which was then changed to Feeney being sent from the field.

Quin levelled the score and the crowd was at fever pitch. The Cutters took the ball upfield and Brendon Finegan missed with a field goal attempt, affording the Mendi Blackhawks a seven tackle set. Following strong surges from Faifailoa, Griffin Neame and Corey Jensen, Josh Chudleigh found some space, offloaded to Anderson who got the ball to Campagnola and the young boy from Tully did the rest to ensure a day he will never forget. Anderson converted from the sideline to end a memorable game.

“We have pretty high standards at this club and we haven’t been at that level for a few weeks now, but it was still great to get the win”, Hoare said.

Hoare said coach Aaron Payne was not entirely happy with the performance.

“Aaron wanted us to build pressure in the first half and it was something we had spoke about during the week and put a focus on.”

Losing the last four games was not lost on Hoare

”We got the monkey off our back a bit today, and leading into the bye we wanted to win,”

“Hopefully now we can use this game as a springboard for the rest of the season”. 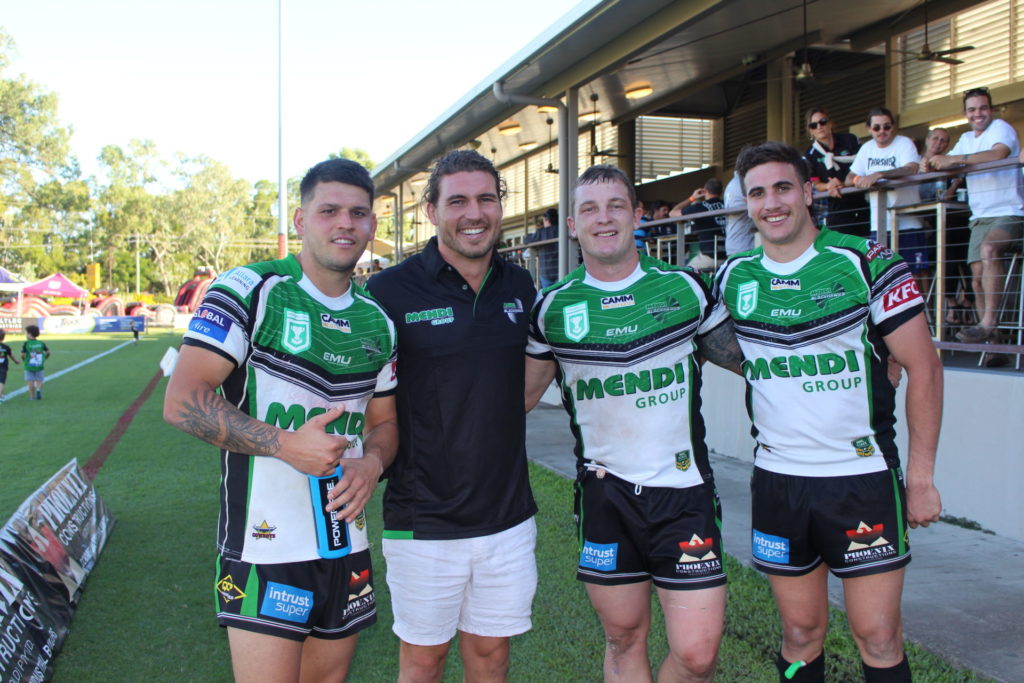