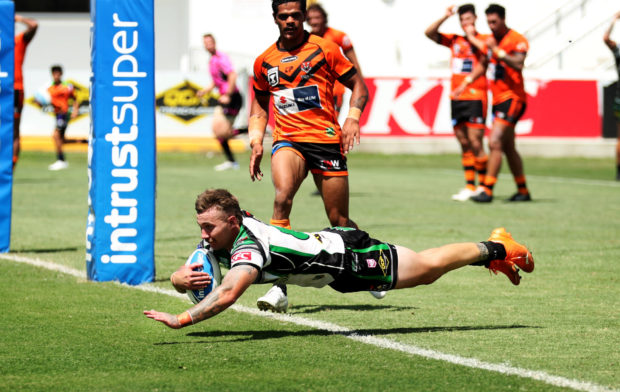 After a false start on Saturday, the Townsville Mendi Blackhawks finally took to the field at Jack Manski Oval for the first time in 554 days.

They kicked off against the Brisbane Tigers in sweltering conditions of 31 degrees.

The game commenced in willing fashion with both forward packs looking to assert their authority and defence dominating.

Josh Hoffman made the first decisive line break of the game in the 14th minute, looking certain to put the Mendi Blackhawks ahead, only to be denied by a desperate tackle from the Tigers Conor Carey, who was subsequently sin binned for a professional foul.

Despite being down to 12 men the Tigers went on the attack and threatened to score on several occasions only held out by determined defence.

Finally, in the 27th minute, hard working front rower Joe Boyce was rewarded for his tireless efforts crashing over for the first try of the game, converted by Carlin Anderson.

The game continued to be a see-sawing battle, with the Tigers looking likely to score before Carlin Anderson took an intercept and raced 90 metres to score in 36th minute giving the Mendi Blackhawks a 10-0 lead at halftime.

After the break, Kalifa Faifai-Loa pounced on an error from the Tigers to score in the 44th minute, giving the Mendi Blackhawks a 14-0 lead.

FaiFai-Loa was in the action again in the 55th minute making a line break from a 20 metre re-start only to be dragged down by Tigers hooker Aaron Booth. The referee deemed Booth committed a professional foul and sent Booth to the sin bin.

Tempers flared in the Townsville heat a short time after, with several players involved in a scuffle, and the officials decided that Joe Boyce would be the third player to take a spell giving him 10 minutes to cool down.

The Mendi Blackhawks ensured their ascendancy on the game a minute later, with a deft kick from Shaun Nona was pounced by FaiFai-loa to give him a double for the afternoon, the conversion from Nona took the score out to 20-0.

In the 69th minute, Josh Hoffman capped off a Man of the Match performance with a wonderful cut out ball to Anderson who scored in the corner giving him his second try. Nona kicked the goal from the sideline before adding a further two penalties late in the game ensuring a comprehensive 30-0 victory for the Mendi Blackhawks.

Coach Aaron Payne was delighted with the performance.

“We did what we set out to do and that was pleasing,” Payne said.

“After preparing to play yesterday and the way they went about getting ready for today was a credit to them.”

Payne was particularly pleased with the defence of his team.

“I thought there was some outstanding performance such as Tom Hancock who came up with two try saving tackles playing out of position against one of the quickest players in the competition.”

“There was plenty of times when it looked like they were going to score, and someone kept coming from nowhere to shut them down, so credit to the team for that.”

The Townsville Mendi Blackhawks travel to Brisbane in a fortnight to take on the Norths Devils. 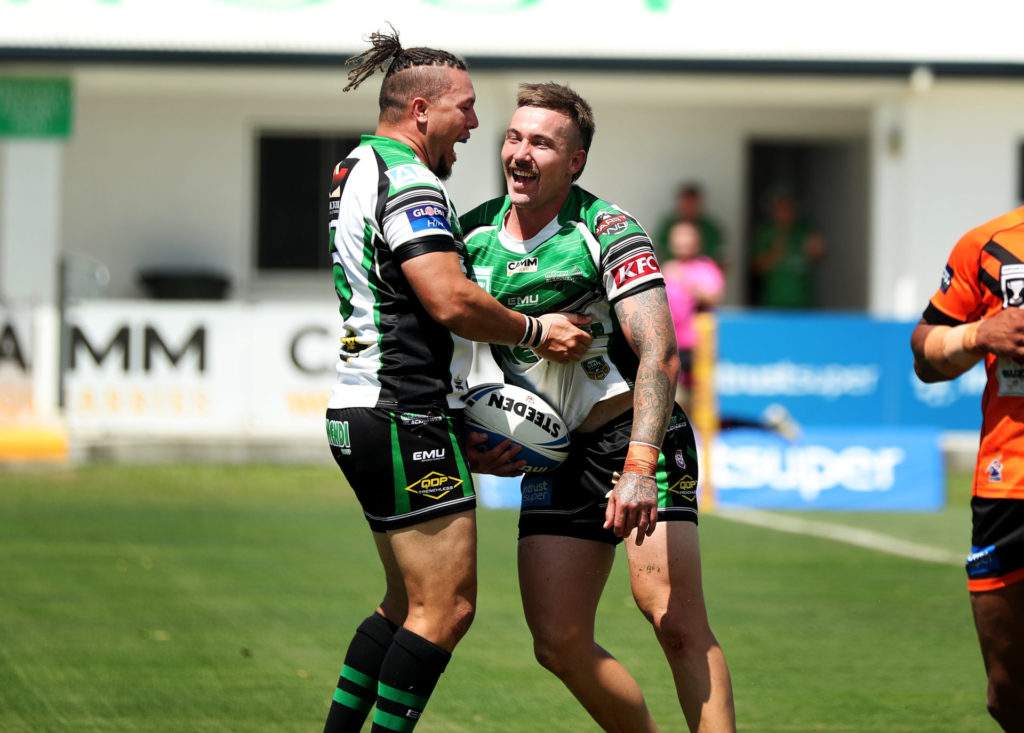