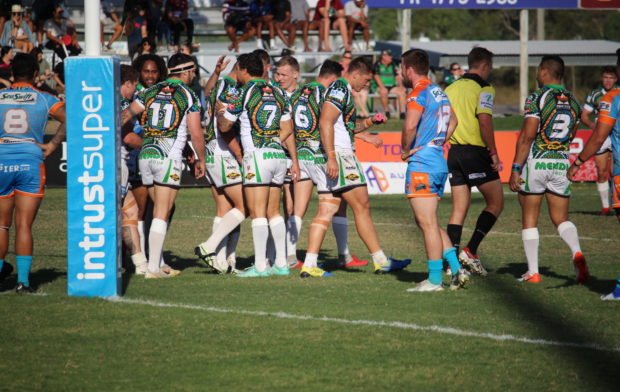 The Townsville and Districts Mendi Blackhawks have confirmed their 2021 trial matches for 2021, with the first one kicking off at Jack Manski Oval against the Northern Pride on February 27.

After only playing one game in season 2020, Operations Manager of the Mendi Blackhawks, Adrian Thomson said the whole club was looking forward to the commencement of the season.

“We’ve had to come a long way since round one last year to now, and some of the boys haven’t played for a year.”

“Aaron has done a great job with the team and everyone has remained really positive and can’t wait to be playing again.”

“We also can’t wait to show everyone our brand-new club facilities, which not only look great but give the best view of our home games.”

The second trial match will be held in Mackay against the Cutters on March 5, which coincide with round 1 for the Mendi Blackhawks U16s Cyril Connell Challenge, U18s Auswide Bank Mal Meninga Cup and the Harvey Norman Under 19 girls.

“That day will be historic for our club, as it will be the first time we will have our five teams competing.” Thomson said.

“All our teams have been working really hard to get to this point and we just can’t wait to see them back on the field.”