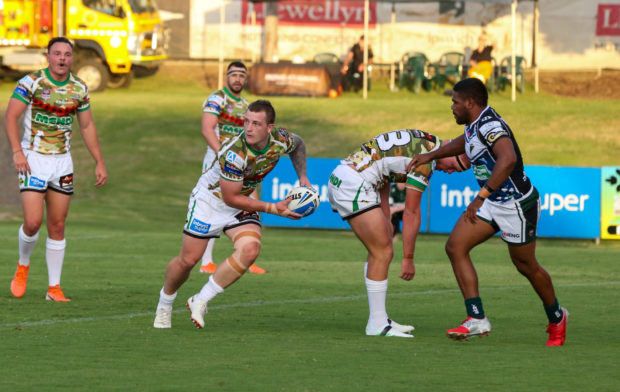 Mendi Blackhawks kick off round 1 on Saturday March 20, against the Ipswich Jets in Ipswich.  Photo QRL Media

After an unprecedented hiatus due to the public health emergency, the Intrust Super Cup is ready to make an explosive return to the rugby league calendar with the QRL today releasing the 2021 draw for its premier men’s statewide competition.

Round 1 commences on March 20, with six ‘Super Saturday’ matches to welcome in the new season.

The following day, Souths Logan Magpies and Burleigh Bears cross paths to close out the opening round, the first of many Sunday matches to be broadcast as part of the new multi-channel strategy confirmed by the QRL yesterday.

Pleasingly, the QRL has been able to maintain its statewide and international footprint, with all 14 clubs who commenced the 2020 season before its suspension already back in training for the new year.

This includes the Papua New Guinea Hunters, who will be based in Queensland for the duration of the competition.

The 2021 Intrust Super Cup season will be played over 19 rounds (with a split round in Round 8).

The top eight clubs will contest the finals series throughout September in a battle to win through to the grand final at Dolphin Stadium on Sunday, September 26.

The premiership winner will take on the best from the NSWRL Canterbury Cup the following weekend.

Once again, the QRL and clubs have worked collaboratively to adopt a community-focused approach to the new season.

Examples of this include the following themed rounds and initiatives:

QRL managing director Robert Moore believes the new season is already shaping up to be one of the most exciting on record.

“Like a lot of fans, I am really looking forward to how the clubs will come out of the break, not only with their rosters, but how they approach their football with the ‘six again’ rule in play for the first time in the Intrust Super Cup,” Moore said.

“It is going to make for fascinating viewing, whether you’re a regular at your local suburban ground or tuning into the new Sunday broadcast options.”

Moore said an enormous amount of work had gone into planning for the new season.

“The public health crisis this year has thrown up one new challenge after another,” Moore said.

“It has been relentless in many ways, but the fact that we’re here today talking about the new Intrust Super Cup season is a fantastic outcome for everyone involved in the game.

“Our people here at the QRL and our clubs have all worked closely to understand the impacts of the cancellation of the season.

“We’ve embraced new ways of working and I think the spoils will be there for all to enjoy in March when the season gets underway.” 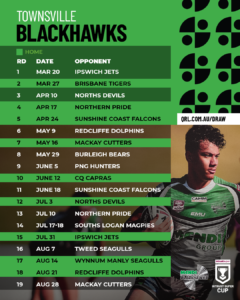