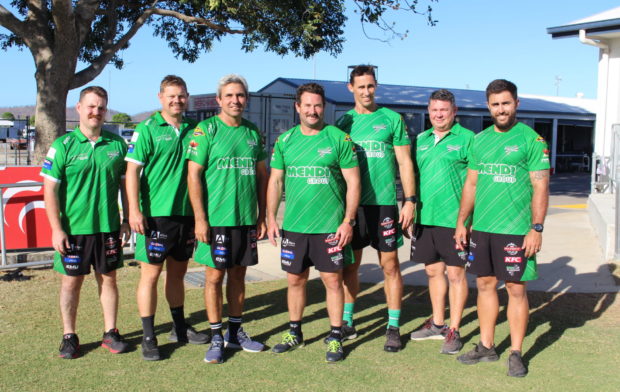 The Townsville and Districts Mendi Blackhawks will increase to a total of 5 teams for the 2021 season.

Football Operations Manager Adrian Thomson said it was an exciting time for the club.

“We have just wrapped up trials for our U16’s and U18’s and had record numbers of registrations,” Thomson said.

“It shows how strong the game is in our region and continues to grow each year.”

“It’s great to see so many talented players wanting to join our club.”

Thomson announced the two new local coaches at the club, Nathan Norford coach of the U16’s and Pete Edmonds will coach the female U19’s fillies.

“Both men have an abundance of knowledge and coaching experience, and we are all looking forward to see what they bring to their team and club.”

Dave Elliott will return as U21’s coach after winning the U20’s Minor Premiership in 2019 and Intrust Super Coach Assistant Coach Steve Shepherd will coach the U18’s.

Coach of the U19’s Fillies Peter Edmonds said the team will commence training mid-January and said they too were excited and ready to go.

“This is a fantastic opportunity,” Edmonds said.

“For some of the girls, this is their first introduction to representative pathways with the Gold Stars and potentially NRLW.”

“We will have a 6-7 week pre-season, then will kick straight into the season which commences in April.”

“The Harvey Norman Fillies competition consists of four games, two at home and two away against the Mackay Cutters and the Northern Pride, so they get to play against girls they haven’t played before.”

“After the competition finishes, some of them could potentially play Gold Stars this year if selected.”

“There is so much talent in this group including Shanaye Watson and Jordii-Rae Mahendrarajah, and the list goes on.”

“It’s going to be exciting to watch and see where they go from here.”