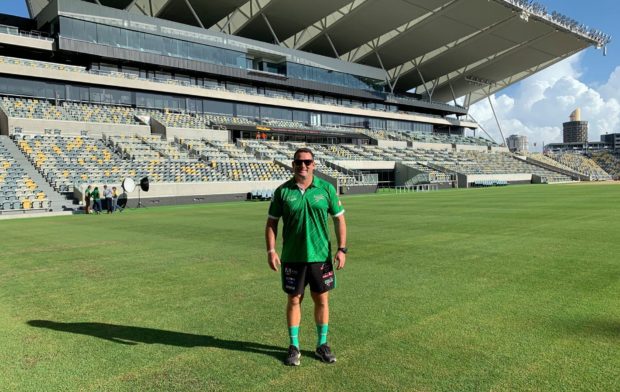 North Queensland Toyota Cowboys life member Aaron Payne will return to the club as an assistant coach for the remainder of the 2020 season.

Born and bred in North Queensland, Payne transitioned into coaching with the Cowboys Development and Academies programs immediately after retiring from the NRL before taking the reins of the under 20s side for the 2016 and 2017 campaigns.

Payne departed the club after the 2018 season to take up the head coach position for Cowboys feeder club the Townsville Blackhawks.

“We’re delighted on a couple of fronts that Aaron has accepted our offer to return to the club,” Cowboys Director of Football Peter Parr said.

“Firstly he’s proven with the Blackhawks he is a high quality coach, but prior to that he was our Elite Pathways coach here at the Cowboys. A number of the younger players in our NRL squad have been coached by Aaron, including the three teenagers in our side from last weekend in Hamiso Tabuai-Fidow, Tom Gilbert and Daejarn Asi.

“The fact he played 219 games, is a life member and two-time Paul Bowman medalist means he knows the DNA of our club as well as anyone.

“We would like to thank Adrian Thomson and the Townsville Blackhawks for their cooperation in allowing Aaron to assist us for the remainder of the season.”