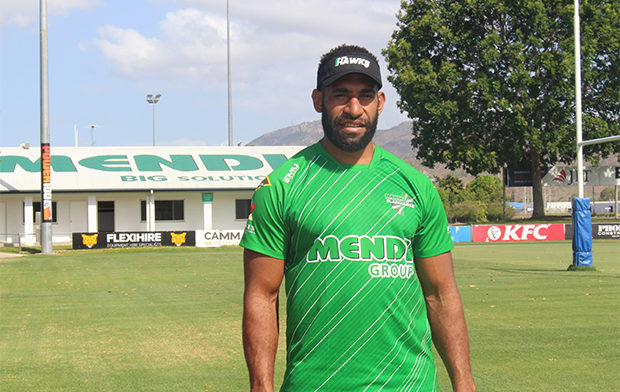 Moses Meninga has signed with the Mendi Blackhawks for 2020.  Photo Blackhawks Media

Meninga arrived in Townsville this week, after representing his country in the Rugby League International, which defeated England for the first time since 1990, alongside new teammate Kyle Laybutt.

Coach of the Mendi Blackhawks Aaron Payne said Meninga ticked all the boxes for what he was looking for in a player.

“Moses is everything you would want from a player,” Payne said.

“Whenever we have played against Moses, he always stood out and was hard to contain.”

“He’s very mobile for a someone his size and plays big minutes in the middle.”

“Moses has gained more experience from representative footy,  so he’s going to be a real asset to our side.”

“Already we can see he is settling in well, and hopefully we can progress him to his next level of footy, which is NRL.” 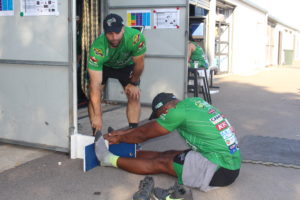 Meninga at his first Blackhawks training under the watch of Assistant Coach and S&C Christian Quabba. Photo Blackhawks Media.

Meninga said he is already enjoying his time in Townsville.

“I feel very fortunate to be able to play Rugby League for the Mendi Blackhawks,” Meninga said.

“Coming to Townsville was a big decision to leave my family, but since I’ve arrived, I have really enjoyed it and settling in well.”

“I’m hoping one day my family will come over here and watch me play.”

“My goal for next year is to give my best and play my best footy consistently.”

“The Mendi Blackhawks had a good season this year, so I’m excited to glad to be a part of this team to carry on from where they left off.”

“Everyone has been really welcoming, and it makes it much easier to focus on training.”