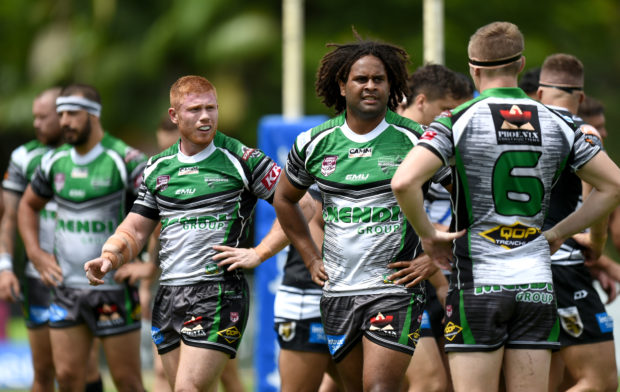 The Mendi Blackhawks have announced their trial matches for 2020.  Photo Alix Sweeney

The Townsville and Districts Mendi Blackhawks have announced they will be playing two trial matches to kick off season 2020.

The first trial will be held in Bowen against the Mackay Cutters on Saturday February 15, followed by Barlow Park in Cairns on February 22, against the Northern Pride.

“Bowen is about half way between Townsville and Mackay, so both teams have connections there,” Thomson said.

“It’s part of our footprint and already we have seen some terrific young players come through our pathway, including Temone Power and brothers Corey and Joey Jensen.”

“The Bowen Seagulls are a great regional club and this trial game will be a good opportunity for them to raise some funds and enjoy what we will bring to the town.”

“We want to see all regional clubs thriving and continuing to grow, and games like this can help boost them.”

The team will also conduct skills and drills clinics and an open training day.

The second and final trial game for the Mendi Blackhawks will be played in Cairns against the Northern Pride, on Saturday February 22, and will be a curtain raiser for the North Queensland Cowboys and Brisbane Broncos NRL trial.

“Again, we will have our three teams travelling to Cairns for this trial,” Thomson said.

“It will be the last hit out before the season starts.”

“The Cowboys and Broncos is always a very popular game and we are excited to be playing in front of a large crowd.”

“We have been fortunate to not have any trial games at home early next year, with renovations at Brothers Leagues Club,”

“So it will be good to get out to two different regions before the season starts.”