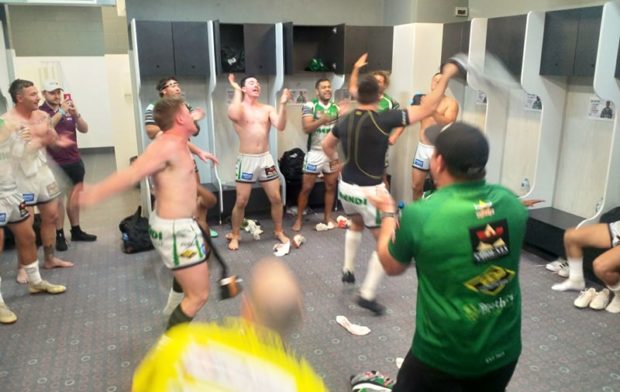 The Townsville & Districts Mendi Blackhawks will play at home in a fortnight, earning next weekend off, after a 20-12 win against the Sunshine Coast Falcons this afternoon.

The 4th spot Mendi Blackhawks scored 4 tries to 2 against the Minor premiers.

It was a try each to the Nathan’s, Traill first followed by Barrett then a double to Jaelen Feeney sealed the win.

Earlier in the day, the Mendi Blackhawks U20’s fell short to the Sunshine Coast Falcons 24-4.

As the team finished first, they play a second week of semi-finals next weekend.  Game times will be confirmed.