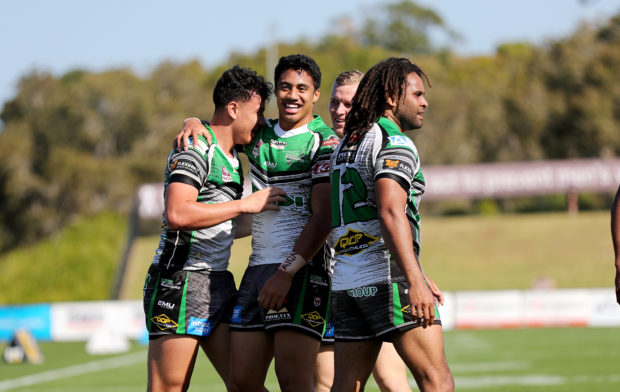 MENDI BLACKHAWKS coach Aaron Payne says his side has to be better in the critical moments after falling short in their Queensland Cup finals audition against the Sunshine Coast Falcons.

The Mendi Blackhawks opened the scoring through backrower Jake Marketo after just four minutes before two quick tries to Reuben turned the momentum back in the home side’s favour.

The visitors trailed 24-12 at halftime, but they again came out firing after the break through debutant Daejarn Asi to reduce the margin to a converted try before a second half double to Falcons hooker Harry Grant sealed the win.

Payne said it was disappointing result given the Mendi Blackhawks were on a club record eight-game winning streak, but he felt their execution had let them down against the clinical Falcons.

“They’re very good at taking their opportunities and that’s why they’re up the top,” he said.

“What probably let us down was a few times we broke defensive rules that we don’t normally do and probably just a couple of uncharacteristic soft tries really close to the line.

“If we did a few things differently it probably would’ve changed the whole complexion of the game, but again they take the key moments and we didn’t.

“We just need to learn from it. The next time we get an opportunity to play them we need to just understand it’s so important to take those key moments.”

The Falcons have lost just one game all season to already have the minor premiership sewn up while they also thumped the Blackhawks 34-10 at Jack Manski Oval back in May.

The two sides likely to meet again in the first week of the finals and Payne insisted the Blackhawks still felt they could be a premiership threat against the high-flying Falcons.

“I don’t think the boys have lost too much confidence out of the game. We’re still a good footy side, we just need to be a little bit better,” he said.

“I like the fact we get some tough opposition otherwise without those tough games you’re not really ready for the semi-finals.

“You can be in a bit of a false sense of security if you winning games of footy against teams that aren’t at the top.

“There was a lot of positives to take out of it and I think the next time we play them we’re going to be better equipped to play them.”

Marketo is unlikely to play this weekend after leaving the field late with a head knock, but Payne expected winger Zac Santo (illness) to return along with five-eighth Jaelen Feeney (suspension).