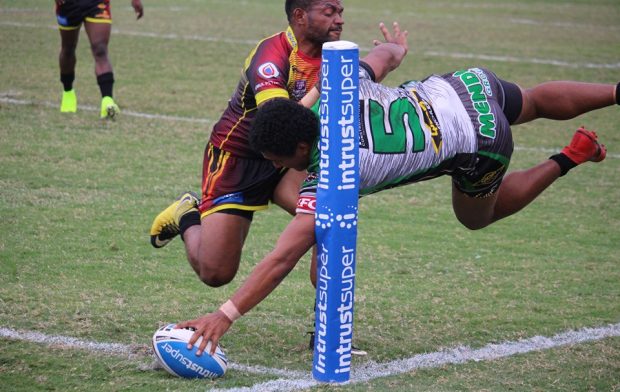 Townsville Mendi Blackhawks proved they are a force to be reckoned with, with a dominant 48-18 win against PNG Hunters in Round 19 of the Intrust Super Cup.

The Mendi Blackhawks secured the emphatic win with eight tries to the Hunters’ three in front of a large and vocal crowd at Jack Manski Oval this afternoon.

The Mendi Blackhawks win came on the back of a solid foundation set by Corey Jensen, Thomas Gilbert and Francis Molo, who was a late inclusion in the team. 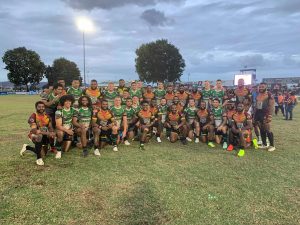 Nona topped off a great afternoon with a flawless goal kicking exhibition, nailing eight from eight, including several from the sideline.

“As I said earlier this week, the Hunters are a very physical team, and I was pleased that today we were able to match them,” Mendi Blackhawks Coach Aaron Payne said.

“There is a really good feel amongst the players, and they are playing with real confidence.

“We now want to make the most of our opportunities and finish as high up the ladder as we can.”

Coach Dave Elliott was delighted with the performance, especially after the Mustangs won by a field goal back in Round 9.

“There was a sense of redemption in this game, and the boys played really well,” Elliott said.

“It was good for the boys to get back out and play some footy after a 3-week break.”

The Mendi Blackhawks will play CQ Capras in Round 20.