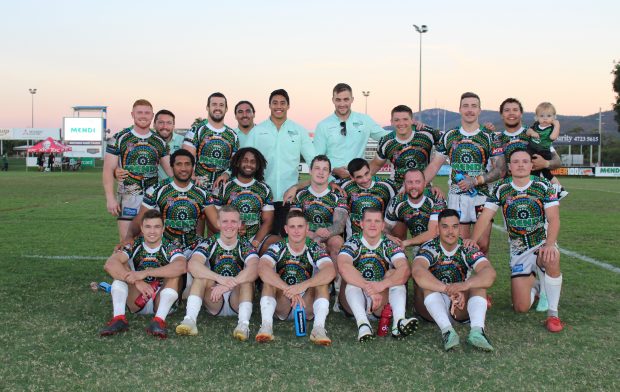 The Mendi Blackhawks celebrate their 60-6 win against the Northern Pride in Indigenous Round. Photo: Blackhawks Media

There were plenty of points scored for the Mendi Blackhawks as they defeated the Northern Pride in Round 17 of the Intrust Super Cup, at Jack Manski Oval.

Mendi Blackhawks Under 20’s and Intrust Super Cup teams both scored a high 60 points in each game.

Then they tries came, 3 scored in the first 10 minutes, the first one of two for Kalifa FaiFai-Loa, leaping over the Pride defense in just the second minute of the game.

In just his second game in Intrust Super Cup, young gun Michael Bell scored was next to score, his first of two for the game.

The favourite try of the day was to Bacho Salam who after scoring broke into a shake-a-leg to mark the celebration of Indigenous Round.

Coach of the Mendi Blackhawks praised his team for a polished performance.

“I was very happy with how our attack was going, but more happy with our discipline and our defense.” Payne said.

“We didn’t give away as many penalties as we have been, and they stuck to our plan.”

“We needed a good win for our for and against,”

“The competition is so close and tough and come the end of the season, it could make a difference of making the finals and not making them.”

The Mendi Blackhawks Hastings Deering Colts Under 20s’ made it 6 wins straight in a solid 60 to 18 win against the Northern Pride.

The day kicked off with the first trial game of the Mendi Blackhawks U17’s who defeated the Northern Pride Under 17’s 34 to 22. 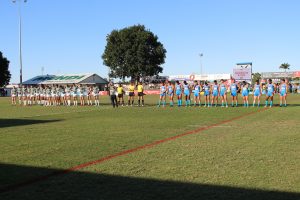