Mendi Blackhawks Half Kyle Laybutt Proud to Suit up for PNG 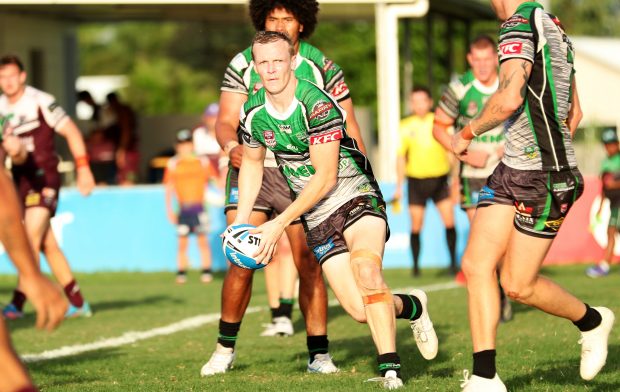 WHILE he was calm and collected to start the week, Mendi Blackhawks halves utility Kyle Laybutt knows the nerves are about to kick in.

It will be a proud moment for the 23-year-old as he prepares to pull on the Papua New Guinean jersey in the Oceania Cup.

It will be the first time the former Cowboy has represented the nation in an official Test match after facing off against the Australian Prime Minister’s XIII last year.

Laybutt will be joined in the squad by Cowboys back-up dummy-half Kurt Baptiste who will earn his seventh cap for the Kumuls when they take the field against Toa Samoa on Saturday.

It is a crowning moment for Laybutt who has had an impressive season for the Mendi Blackhawks after being let go by the Cowboys at the end of last season.

He has made six try assists and three line break assists over the opening half of the season to help the Mendi Blackhawks to fourth spot on the Queensland Cup ladder.

But it has been the Kumuls squad that has been in his sights ever since he pulled on the strip in the games last year. 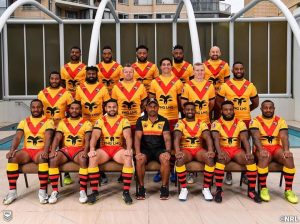 “Ever since I went into camp last year, I have made it my goal to stay in the team,” he said.

“They all wear the jersey with pride, obviously very welcoming as well. Pride is a big thing in PNG, they know they have a whole nation behind them.

“I have family heritage there as well, so it makes me proud knowing they are all supporting me and that I can represent that.”

The Kumuls clash will be part of the NRL’s new annual representative round which features international sides from Fiji, Tonga, New Zealand, South Africa, Cook Islands and Lebanon on the same weekend as the men’s and women’s State of Origin bouts.

It is a chance for the international game to continue its expansion, and get smaller nations like PNG a chance to take the field outside of the Rugby League World Cup.

“It is just building the game of rugby league really, more teams are being exposed and more players are getting a chance to represent their culture and heritage,” Laybutt said. “It is just good for the growth of the game and the fans.

“(Rugby league) is crazy over there, it was one of the loudest roars I have ever heard running out of the tunnel against the Prime Ministers XIII.”

Laybutt joined the Kumuls camp in Sydney on Monday, and said he was looking forward to linking up with Baptiste as they aimed to spark a North Queensland connection against the Samoans.

“I haven’t had a lot to do with him, I am yet to meet him,” he said. “We will get together over this week, get that combination firing and then bring it out at the weekend.”

Kiraz has been signed to the Cowboys after impressing in the Dragons SG Ball (under-18s) side this season. He is expected to relocate to Townsville at the end of the school year as he finishes his studies in NSW.

Originally Publised in the Townsville Bulletin