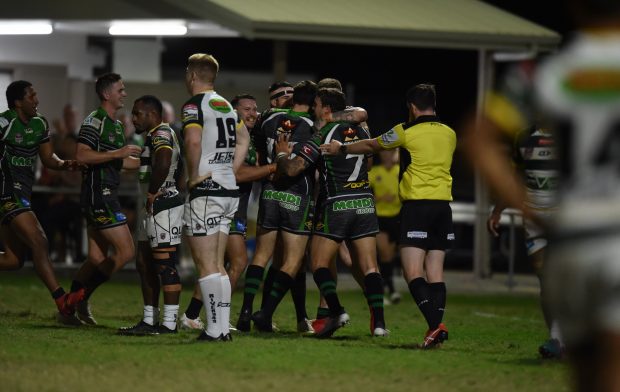 In a game full of milestones, the Townsville & District Mendi Blackhawks have defeated the Ipswich Jets 14-6.

The game started with two legends of the game, Kalifa FaiFai-Loa and Marmin Barba from the Jets, both running out for their 100th Intrust Super Cup Games.

The visitors were first to score in just the second minute of the game, however this was to be their only try of the game.

The Mendi Blackhawks soon hit back with tries to Michael Carroll and Joe Boyce with Shaun Nona kicking 2 from 2 conversions.

The only points scored in the second half was a penalty in the 62nd minute, but it was enough to seal the win for the home team

The Mendi Blackhawks have a bye round next week then will be back at home on Saturday, June 29 against the Tweed Head Seagulls.