Blackhawks and Jets Set For Battle in Milestone Game 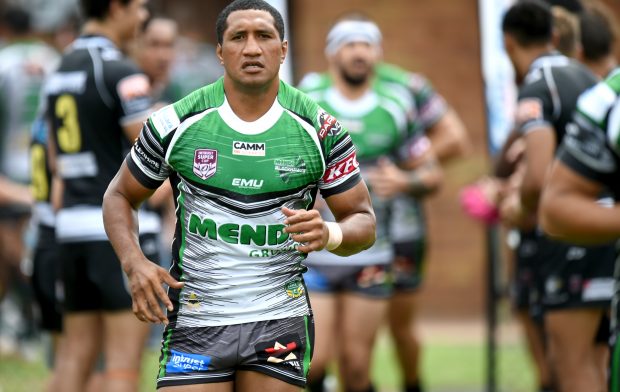 It’s a battle of high altitude this Saturday night when the Mendi Blackhawks host the Ipswich Jets at Jack Manksi Oval.

The Blackhawks are looking for back to back wins, after a strong win against Souths Logan last week.

The last time the Jets flew to Townsville was in the 2018 knock out semi-final, which didn’t go so well for the home team.

This week, the Mendi Blackhawks are aiming to keep the Jets grounded.

“What I want most from the boys this week is consistency,” Coach of the Mendi Blackhawks Aaron Payne said.

“Last week we had a good win, but now we need to build on this if we want to stay in touch with the top end of the ladder.”

“A win before a bye is always motivating as well,”

“It gives the boys more of a chance to enjoy their time off.”

This game will have extra significance for high flying winger, Kalifa FaiFai-Loa, who will be playing his 100th Intrust Super Cup game.

“I am very excited about playing this weekend,” FaiFai-Loa said.

“I feel like the Intrust Super Cup competition has really improved since my first game,”

“It’s a lot more physical and a much closer competition, any team could win.”

“I feel like I have played my best footy at the Mendi Blackhawks and I can’t wait to get out there this weekend.”

Good friend and teammate Temone Power spoke of FaiFai-Loa, saying that by him being in the team, has helped him improve his own game.

“He has good yardage carries, and is always good for a laugh.”

“It will be an honour to play his 100th Intrust Super Cup game with him.”

“Kalifa and I go back a few years now,” Marketo said.

“We actually debuted together at the Dragons in 2010.”

“He brings so much enthusiasm to the team, and some pretty spectacular try finishes.”

“Hopefully we can get the win for him.”

“Kalifa and I played together at the North Queensland Cowboys,” Payne said.

“We have had a good friendship for a long time.”

“As a player, milestones like these are something that you look back at it when you retire, and you can be very proud of.”

“Kalifa has had a great career, and I look forward to watching him run out for his 100th game.”

Michael Parker-Walshe will move equal with Anthony Mitchell on 72 games for the Mendi Blackhawks – the most Cup games for the club.

Prior to the game is the North Queensland Touch Football Championships.

Mendi Blackhawks U20’s have the weekend off with a BYE round. 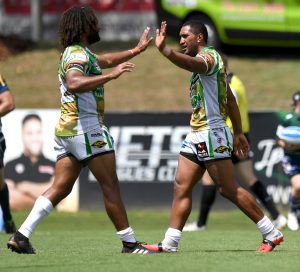