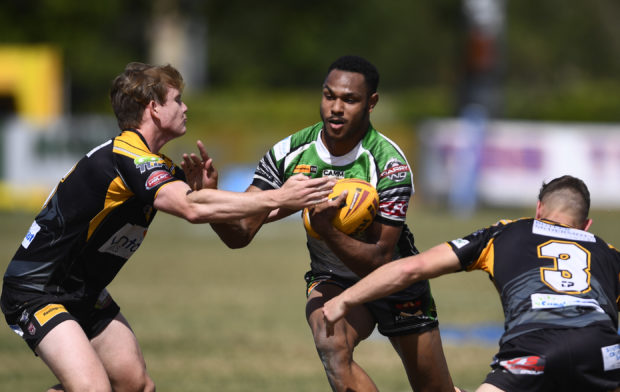 Hamiso Tabuai-Fidow has been named in the QLD U18’s. Photo QRL Media

The QRL is pleased to announce the Queensland Under 18 team to play New South Wales in the annual interstate clash at Suncorp Stadium.

Coach Kurt Richards and his players will assemble in Brisbane this Thursday to begin preparations for the June 5 clash, which will be played before the opening match of the Holden State of Origin series.

Queensland’s next generation of emerging talent will run against the Maroons Origin team on Friday.

Nine clubs from the Auswide Bank Mal Meninga Cup are represented in this year’s team.