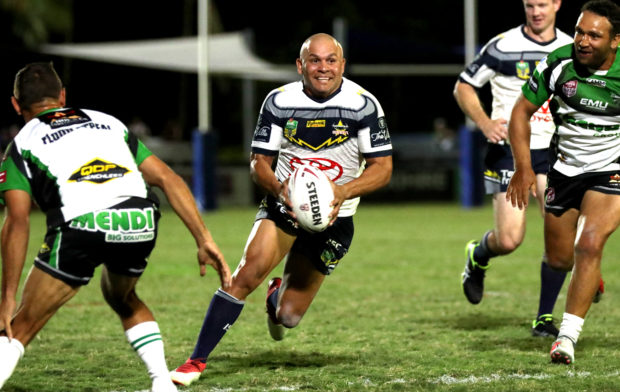 $3 from every ticket sold at the gate was donated and money was also raised through a raffle of a signed jersey from both teams who took part in the Old Boys game, which was kindly donated by John Short at Emu Sportswear.

Former North Queensland Cowboys player Mark Shipway, who is now coach of the Redcliffe Dolphins U18’s, took part in the Old Boys game, also donated $5000 on behalf of the staff of the Redcliffe Leagues Club who have pooled their tips over the last year.

“We would like to thank everyone involved on the day, especially the Mendi Blackhawks,” Close said.

“This money will be well used for much needed response equipment that isn’t in our budget, so we are really appreciative.”

CEO for the Mendi Blackhawks, Justin Wilkins, wanted to thank the community for their support of the day.

“It was a fantastic day and great to see so many people coming out to show their support,” Wilkins said.

“The original total raised was just short of our target, but the generosity of our Chairman Gavin Lyons rounded it up on the day.”

“Townsville has been through a lot this year already, and it was wonderful to see everyone having a great time and enjoying the day.”

“I want to thank everyone who contributed, especially the players who took part in the Old Boys game, and our Football Operations Manager Adrian Thomson and Coach Aaron Payne who organised the players.”

“It might be the last time some of these legends play together, so we were very fortunate to have them.”

“It’s great that when times are tough, the Rugby League Community really comes together.” 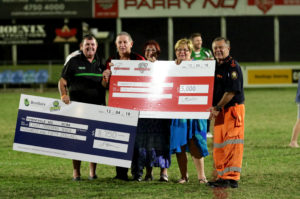