Teams Named for Trial Games for This Weekend 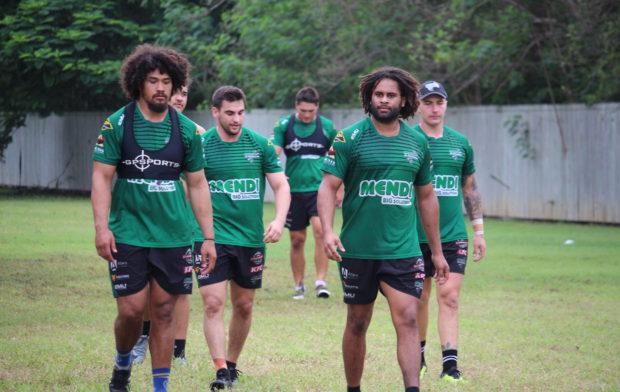 Townsville & Districts Mendi Blackhawks have named their 3 teams for this Saturdays trial games in Cairns.

ISC Coach Aaron Payne said he is looking forward to his first game as Head Coach of the Mendi Blackhawks.

“Like the players, I am really looking forward to the game this weekend, and getting in to week to week football,” Payne said.

“It feels like it has been a really long pre-season.”

“This trial game is an opportunity for the guys to really push their claims on their positions, and be selected for our second trial, and our team for round 1 after that.”

“Our younger guys have been training well, so it will be good to see them at ISC level,”

“I’m also looking forward to coaching the guys that I haven’t coached before, as well as boys I previously coached at the Cowboys NYC.”

“It’s important that every player really makes the most of this opportunity,”

“I’m also looking forward to coaching against some of my old team mates this year for the first time,”

“Ty Williams this weekend, Steve Shepherd at the Cutters next weekend and David Faiumu at the Capras later in the year.”

“It will be a really good and exciting year.”

The Mendi Blackhawks travel to Southern Suburbs in Gordonvale Cairns this Saturday in all 3 grades.