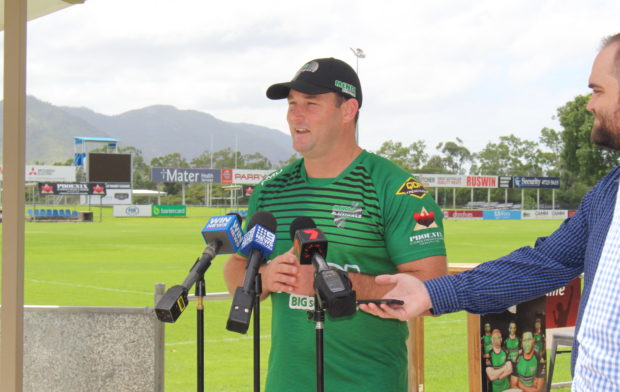 The Townsville & Districts Mendi Blackhawks have announced their first trial match for 2019 will be a 3-way trial against the Northern Pride and Mackay Cutters, in Townsville, Saturday February 9.

Mendi Blackhawks Football Operations Manager Adrian Thomson said he is looking forward to hosting the teams, who will be in Townsville for the QRL’s Semi-Pro Day.

“The start of the season is always exciting,” Thomson said.

“This will be the first games played in the region for the season and the first time we have had all three North Queensland teams playing on the one day,”

“If anyone wants to come and see the talent that we have up here in the Northern region, then I urge them to come along.”

Coach of the Mendi Blackhawks Aaron Payne said his team has been preparing well and looking forward to the first hit out of the year.

“We have had a good pre-season so far,” Payne said.

“I can’t fault our players for their attitude, and the quality of our sessions.”

“Trial games are always important, as you have players putting their best efforts forward for a starting spot for round 1.”

“We will also give a few of the younger guys an opportunity to play at ISC level for the first time.”

“I know from a player’s point of view, trials can’t come around quick enough.”

The Mendi Blackhawks will travel to Cairns on February 23 for their final trial game.