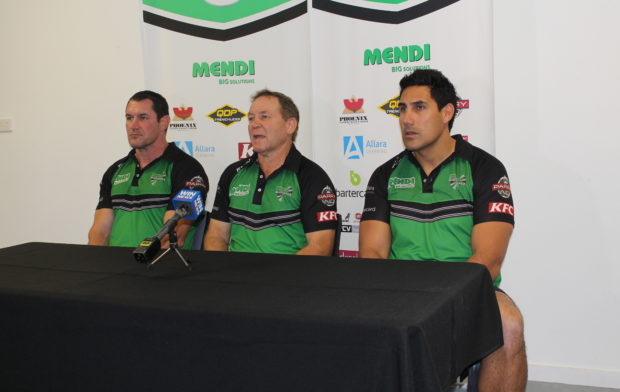 From next year, the current development program, Townsville Stingers, will be known as the “Blackhawks Academy”.

The program is designed to develop local talent and create a clear pathway to Intrust Super Cup and NRL levels.

“This is an exciting new format for Townsville Rugby League,” Thomson said.

“All junior or senior academy’s will now be under the Blackhawks banner, which creates a consistent flow right through the levels,”

“The new format will also improve communication with all Townsville and Districts Rugby League clubs, which will help the players to be identified and developed,”

“The historical blue and gold colours of the Stingers, will be incorporated in the new jersey.”

“Everyone has been working hard towards this, and we are excited about the future of Rugby League in Townsville.”