Boyce on an NRL mission with Blackhawks 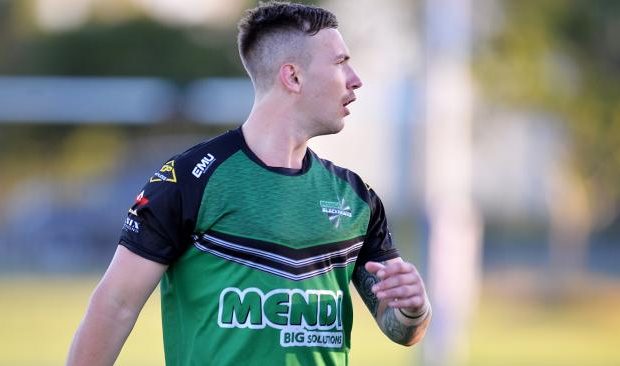 Joe Boyce in training with the Mendi Blackhawks  at Jack Manski Oval. Photo by Alix Sweeney

FORMER Brisbane Broncos player Joe Boyce is on a mission to get back into the NRL.

Boyce, 23, is knuckling down at pre-season training with the Townsville Blackhawks after leaving the Broncos at the end of the 2017 season, where he played all his football with feeder club the Souths Logan Magpies.

Boyce played his first and only NRL game to date for the Broncos in 2015, and before that played two seasons of under-20s with the Newcastle Knights.

He comes to Townsville having spent four years training and playing in first-grade systems headed by legendary NRL coach Wayne Bennett, but Boyce already likens the Blackhawks to a first-grade club. 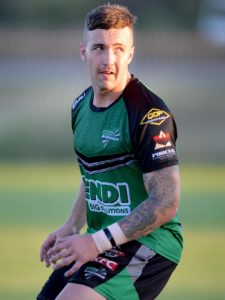 “Unfortunately the Broncos didn’t work out, but the Blackhawks really are like a first grade system and I’m here for a fresh start,” he said.

“The club has looked after me and I got a job straight away, and not only that I knew a couple of blokes before I got up here which made things a bit easier.

“But the group has been really welcoming, and I know I’ve come to a system that suits me.

Boyce prefers to play at lock, but is comfortable anywhere in the middle and is also willing to play on the edge if needed.

The biggest moment of his career came during his NRL debut in Round 11 of 2015, where he came off the bench in Brisbane’s 31-18 win over Newcastle.

Since then Boyce has been a tireless Queensland Cup campaigner, and was a key plank in Souths Logan’s resurgence from Q Cup battlers to top six contenders.

But Boyce is too young and hungry to turn his back on NRL.

“It’s been two years since I played NRL, so I really want another taste,” Boyce said.

“At the end of the day I want to be next door at the Cowboys.

“I spoke with ‘Woolfy’ (Blackhawks coach Kristian Woolf) throughout the year and obviously I was looking for something in the NRL.

“But I came up here for the day and I saw how close they (the Cowboys) were.

“I’ve had a little bit of contact (with the Cowboys) but not that much … my old coach at Souths is (Cowboys assistant) Josh Hannay as well.

“The first job though is to play well for the Blackhawks and if do that well enough hopefully something eventuates.”

Boyce said his spot in the Blackhawks’ 17 is far from guaranteed, and believes the 2018 Blackhawks’ squad has the depth and quality to win a maiden Q Cup premiership.

“There’s plenty of good players here, and there’s also a few players who come back from the Cowboys, so it will be tough to crack a spot,” Boyce said.

“But it’s a great group and we’ve got the squad to win the premiership.”