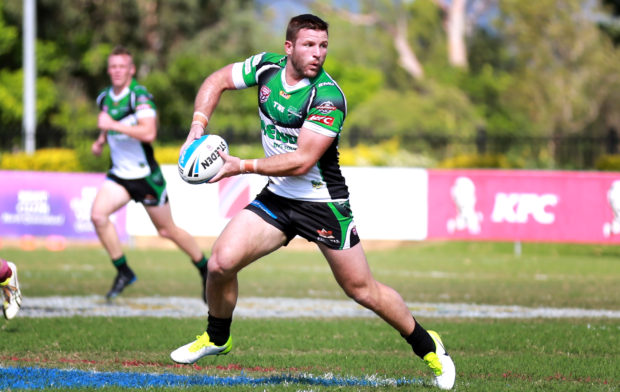 Last night saw the Townsville and District Mendi Blackhawks name Blake Leary as their 2017 Mendi Player of the Year.

Coach Kristian Woolf said Leary has been one of his most reliable players and very deserving of this award.

“Blake has been really consistent for us all year,” Woolf said. 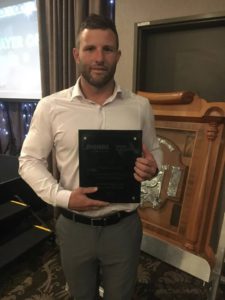 “It was very close and could have gone to a number of our players, but Blake really stood out for us.”

“He’s a tough competitor, and isn’t afraid to put in the hard work,”

“This award tonight has shown Blake that his efforts on and off the field, haven’t gone unnoticed.”

Leary said he was surprised but honoured to win the award.

“I really want to thank the Mendi Blackhawks for bringing me back to Townsville,” he said.

“I have loved every minute of it here.”

“Playing alongside these boys, has encouraged me to play some of my best footy, I can’t thank them enough.”

The night also paid tribute to retiring players Anthony Mitchell and Michael Parker-Walshe as well as Captain Daniel Beasley who is heading to France next month one a one year contract. 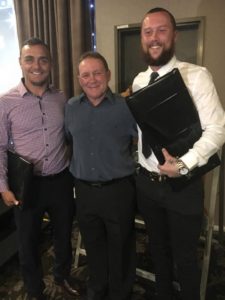 Other awards presented on the night included: 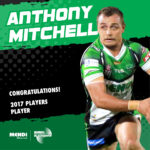 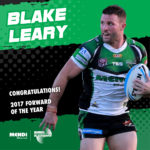 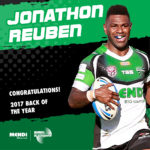 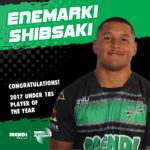 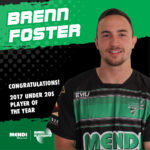