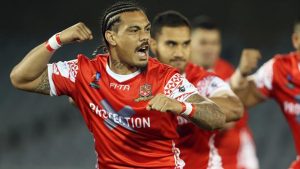 Sika Manu has been selected as Captain for the Tongan National Rugby League Team Photo: NRL.com

Townsville Mendi Blackhawks Coach Kristian Woolf will don his second cap this weekend as he prepares for his role of head coach of the Mate Ma’a Tongan National Rugby League side to take on Fiji in the Pacific Test this Saturday.

With the Mendi Blackhawks commitments finalised Saturday night, with a win against Wynnum, Woolf has directed his thoughts to the Tongan team.

Woolf has named a 19 man squad for the test including Will Hopoate, who will make his test debut, and said he will be preparing his team for a tough battle against the Fijian side.

“The team selected are guys that have been rewarded for playing regular and really well in the NRL,” Woolf said. 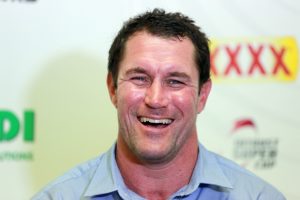 “There is also loyalty shown to those who helped us in the World Cup qualifiers.”

“It will be great to see Hopoate debut for his country,”

“It’s something that he has had the desire to do for a while now, so I’m happy he will get this opportunity.”

Tongan players are not paid to play in test matches so it is something they do for the love of their country.

“The fact that these boys put their hands up to play shows the passion and love they have for their country.”

“It will be a great game and we are hoping for a successful result.”

Kick off for the Pacific Test Tonga V Fiji will be at 5.30pm Saturday May 6.