Petersen & Baira to coach the next generation of Mendi Blackhawks 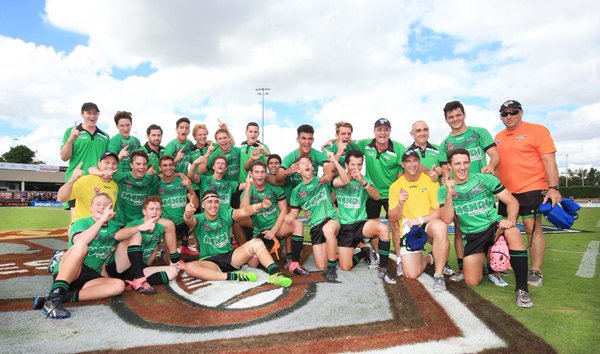 Allan Petersen with his 2016 Champion Cyril Connell Cup side

Local lad Allan Petersen has a strong pedigree in rugby league having played the game from a very young age and moving into coaching in the past few years. Petersen was the coach of the
Cyril Connell Cup Champion Mendi Blackhawks side in 2016 and will begin 2017 at the helm of the Mendi Blackhawks Inaugural Under 20’s side.

Petersen played rugby league in the Townsville & Districts Rugby League competition for many years, and has also played in the Queensland Cup competition (which is now known as the Intrust Super Cup) so he has plenty of experience and knowledge to impart upon his young troops.

Roy Baira is a name that is synonymous with rugby league in the region. Baira played in the Townsville & Districts Rugby League competition and captained the Townsville Stingers representative side for many a year prior to retiring and taking up the reigns as a coach.

Baira was the Assistant Coach of the Champion Mal Meninga side in 2015 whilst they were under the charge of Head Coach Dick Walsh and still known at the Townsville Stingers. During 2016 Baira continued as Assistance Coach as the team won the Premiership.