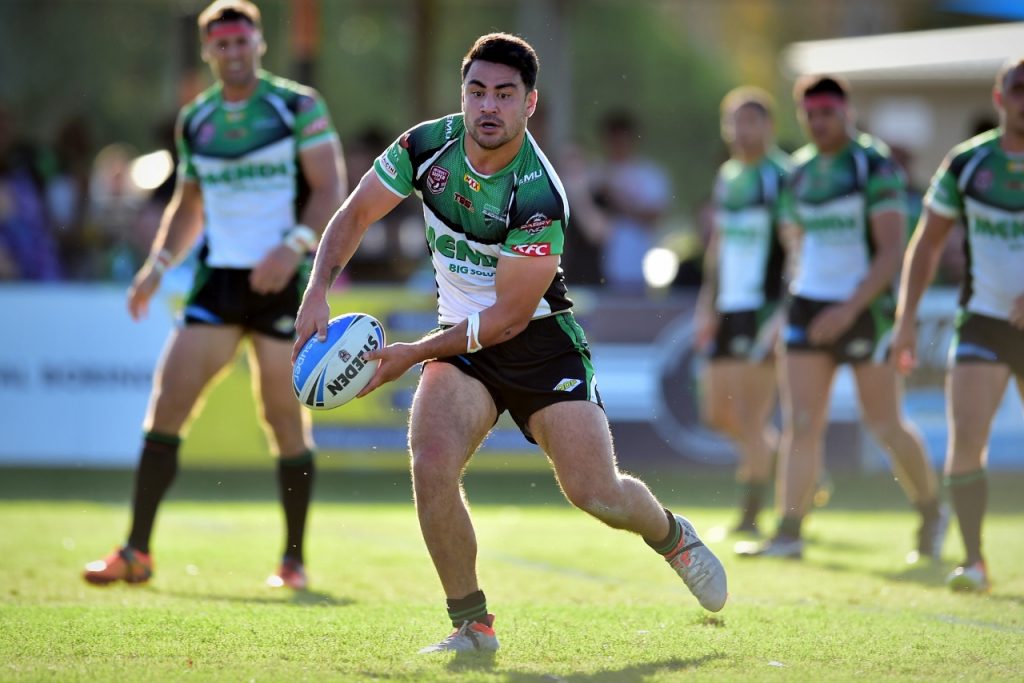 At the conclusion of the 2015 season Jahrome Hughes was awarded both the Back of the Year and Player’s Player trophies for the Townsville & Districts Mendi Blackhawks. This past Thursday Hughes added to his 2015 trophies by taking out the major award at 2016 End of Season Presentation Night, the Mendi Player of the Year award.

Hughes, who was signed with NRL club the North Queensland Cowboys, played 21 out of 27 matches for the Mendi Blackhawks in season 2016 scoring 9 tries, achieving 26 try assists and 16 linebreaks. The fullback averaged 135m and an impressive 5 tacklebreaks per match. His excellent form was rewarded when he debuted for the NQ Cowboys in their round 5 home game against the St George Illawarra Dragons where he scored a fantastic solo try.

The two time Intrust Super Cup Fullback of the Year recipient went on to sign a two -year deal in June with the 2016 NRL Grand Finalists the Melbourne Storm and will leave the Mendi Blackhawks to pursue the next steps in his promising rugby league career.

The New Zealand-born 21-year-old praised the players and coaching staff at the Mendi Blackhawks for preparing him both physically and mentally for the top grade.

“Coming to Townsville from the Gold Coast I was just focused on enjoying footy again. I didn’t expect things to happen as quickly as they have,” Hughes said.

“I have to give credit to everyone at the Blackhawks. It’s got to be said that the high calibre of staff and players around me certainly contributed to my form and ability to produce my best football.”

“Townsville does feel like home now and I will be pretty sad to leave but I guess I will always have a bit of Townsville in me now.” 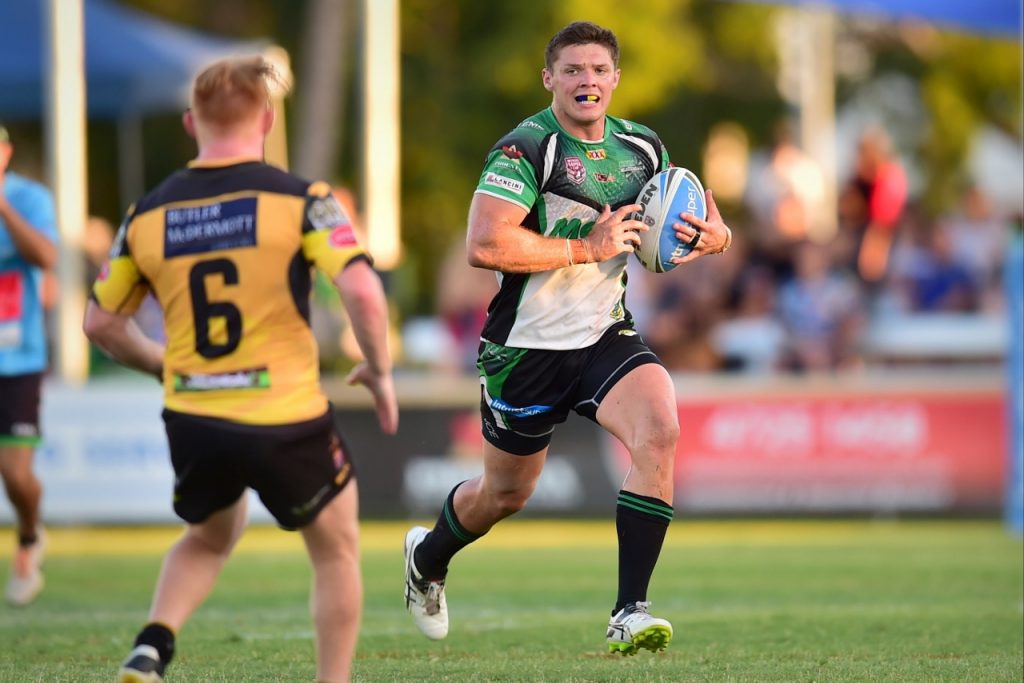 Corey Jensen has followed a similar path to Hughes in that his breakout season lead to a contract with the NQ Cowboys. Jensen signed a one-year deal for 2017 after having an outstanding season up front for the Mendi Blackhawks in season 2016. The Bowen junior scooped the pool by winning two out of the four major awards at Mendi Blackhawks Presentation in similar fashion to Hughes in 2015.

Jensen was awarded Forward of the Year and the coveted Player’s Player award for his hard work and dedication both on and off field in the 2016 season. The 22-year-old played every game for the Mendi Blackhawks in 2016, going from interchange player to starting prop after a series of injuries saw the club’s regular front rowers sidelined with season-ending injuries.

Jensen grabbed his opportunity with both hands and didn’t look back, consistently ranking in the top three for running metres and tackles made throughout the season. The young prop is a sterling example of the pathway that now exists in Townsville with introduction of the Mendi Blackhawks, having made his way from Bowen all the way to the NRL without having to leave the region.

When asked about his success Jensen was full of praise for his coach, “Woolfy demands respect out of his players and has the ability to get the best out of you not only as a player but as a person,” he said.

“Not only is he an outstanding coach but the playing group were also second to none and when you are out there playing alongside your mates, the last thing you want to do is let anyone down.”

The 2015 Intrust Super Cup Halfback of the Year recipient has been influential in his time on the paddock during 2016, steering his team around whilst also making the most of his opportunities to produce some brilliant solo efforts and attacking kicks. 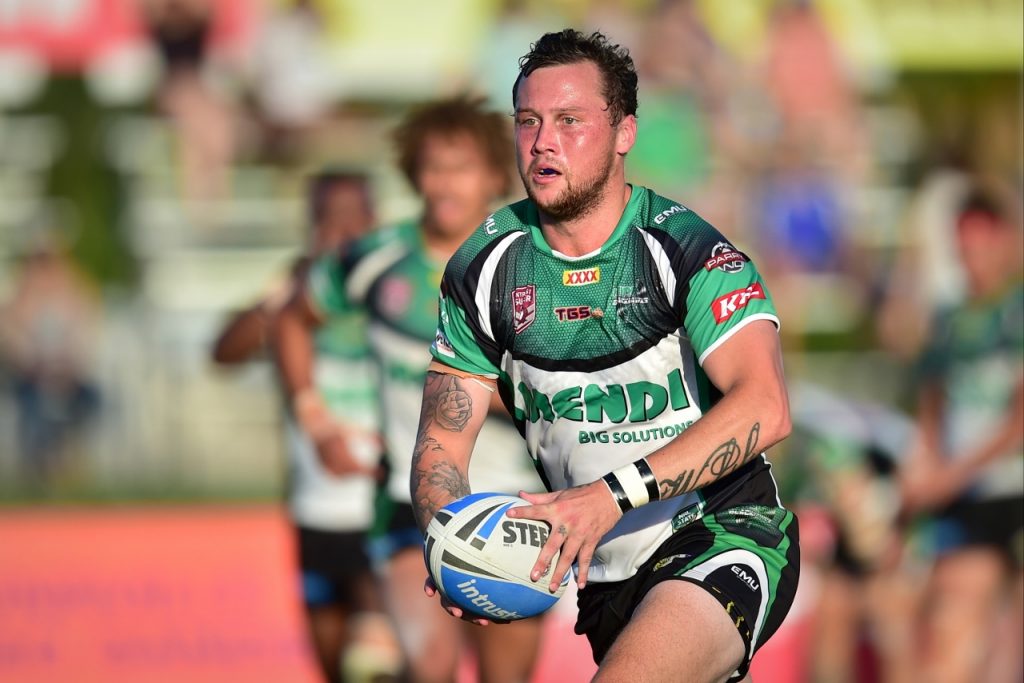 The 25-year-old was especially impressive in the Mendi Blackhawks first home final victory over the Easts Tigers scoring a double for himself and putting his teammates in position for tries of their own in the emphatic 46-4 win.

Parker-Walshe has re-signed with the Mendi Blackhawks for 2017 and will be a major factor in helping steer the fledgling club towards their mission of snaring a maiden Intrust Super Cup Premiership.

“All three award winners have been thoroughly deserving of all the recognition they have received this year,” Coach Woolf said following the presentations.

“Jahrome has been a standout performer and contributor at our club for the last two years, after moving up here from the Gold Coast for an opportunity.”

“Corey is an excellent example of what the Blackahwks are about. His progression over the past two years has been outstanding and he will only continue to improve”

“Both men have made the most of their opportunities here and I have no doubt will do the same with their NRL opportunity.”

“Michael has also played a big part in our club’s success and growth over the last two seasons. This year has seen him develop not only as a player but as a leader in the group, and I’m looking forward to him having a bigger impact in 2017.”