Hard work pays off for Jensen

Corey Jensen has had a breakout year by anyone’s standards. The 22-year-old has gone from an interchange spot to starting front rower, playing every game in 2016 for the Townsville & Districts Mendi Blackhawks.

Easily one of the most dependable props in the Intrust Super Cup, Jensen’s brilliant form has been rewarded with a 2-year dual contract with the North Queensland Cowboys.

“This opportunity means the world to me. It has been my dream since I started playing footy to play in the NRL and now I am one step closer to that coming true” Jensen said, upon signing his deal. 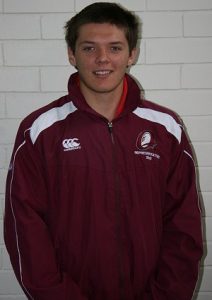 Consistently ranking in the top three for running metres and tackles made, the Bowen born prop has been one of the best on ground for the Mendi Blackhawks week on week.

Jensen is a sterling example of the success of the player pathway in the North Queensland Region. Beginning his rugby league career at the Bowen Seagulls and the Burdekin Roosters, he worked his way up to represent Queensland in the Under 16s and Under 18s before being signed by the NQ Cowboys as an Under 20s player.

“Being a local and playing all my football in the Townsville competition from Bowen in my juniors to the Burdekin and then the 20’s for the Cowboys before the Blackhawks, now a NRL Contact with the Cowboys, I honestly believe the pathway we have in North Queensland is the best in the country.” He said. 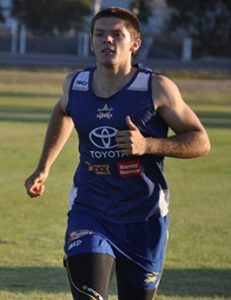 After graduating from the Under 20s system Jensen signed with the Mendi Blackhawks in their inaugural season 2015. He spent most of the season on the fringes but continued to work hard in the hopes he would eventually secure a regular starting spot.

It is a spot Jensen has more than made his own, averaging 140 metres and 25 tackles in his regular 55 minutes per match. The 105kg powerhouse and some-time goal kicker has been a revelation in an injury ravaged season for the Townsville side.

Without Intrust Super Cup Prop of the Year and Club Captain Dan Beasley and Cowboys allocation Sam Hoare, Jensen has stepped up week after week to lead the charge propelling his side downfield, showing maturity and commitment beyond his young age.

Jensen is grateful for the Mendi Blackhawks entry into the Intrust Super Cup in 2015 as he believes without the opportunity his rugby league career may have stalled.

“I couldn’t be more thankful they were allowed to enter the competition in 2015. 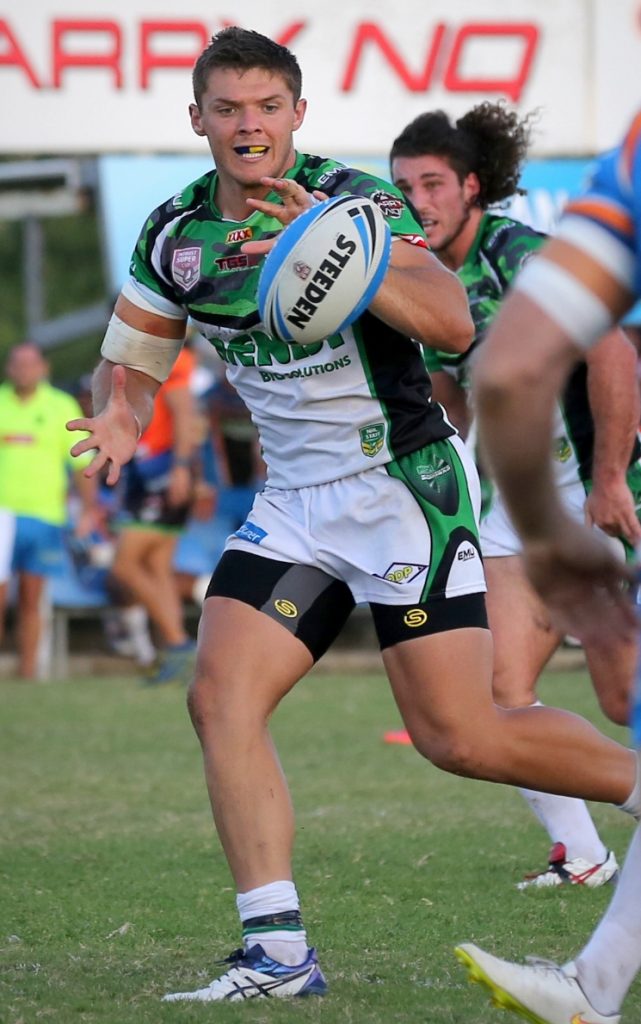 “I had real doubts about continuing to pursue my football career because of the reality I was facing in having to move to another city.

“In the past two years the Blackhawks haven’t just been a group of lads playing footy together, we have bonded liked brothers.

“Playing with the Blackhawks has taught me the importance of playing for the mates next to you as well as resilience, hard work, mateship and respect.

“Above all its taught me to enjoy my football, which I largely put down to the players and staff around me.”

“Corey is an outstanding example of the pathway that now exists in Townsville, and more importantly of the hard work and commitment required to make the most of that pathway.

“His improvement over the last two years has been exemplary of the work that he has put into being persistent and improving his game. He is exactly what the Blackhawks are about, and what we want our players to be about.

“This contract is great recognition for what he has been able to achieve this year, and I have no doubt he will do whatever it takes to make the most of his opportunity.

“We are all very proud to have been a part of Corey’s development so far.”

In turn, Jensen credits his coach with not only contributing to his own field form, but also his moulding him into a better person.

“Woolfy is one of the best coaches I have played under.

“He demands respect out of his players and has the ability to get the best out of you not only as a player but as a person.”

When asked about his greatest influences since signing with the Mendi Blackhawks Jensen lists two NRL stars who have also worn the black and green, Neville Costigan and Glenn Hall.

“Definitely Neville Costigan in my first year and Glenn Hall during this year.

“They both play similar positions to me and I loved their professionalism on and off the field, as well as their willingness to help young players like myself work on our game.”

No matter how Jensen’s career turns out the hard working country kid will not forget where he started, “Being a Bowen junior and getting this opportunity means even more to me because I know how much the kids in Bowen love their footy.

“I hope I can be a role model that shows them no matter where you come from if you are willing to work hard and you want something bad enough then you can achieve it.”