Blackhawks prepare for Capras in the Isa

The Townsville & Districts Mendi Blackhawks will be coming up against the CQ Capras this weekend on neutral ground at Alec Inch Oval in Mount Isa. The teams will be playing in Mount Isa as a part of the Intrust Super Cup’s ‘Get in the Game’ Country Week. A joint initiative of the Queensland Government and the Queensland Rugby League to bring Intrust Super Cup matches to regional areas. The Intrust Super Cup Round 20 match will take place at 4pm on Saturday 23rd July 2016 with plenty of rugby league action set to take place in the lead up to the main game. 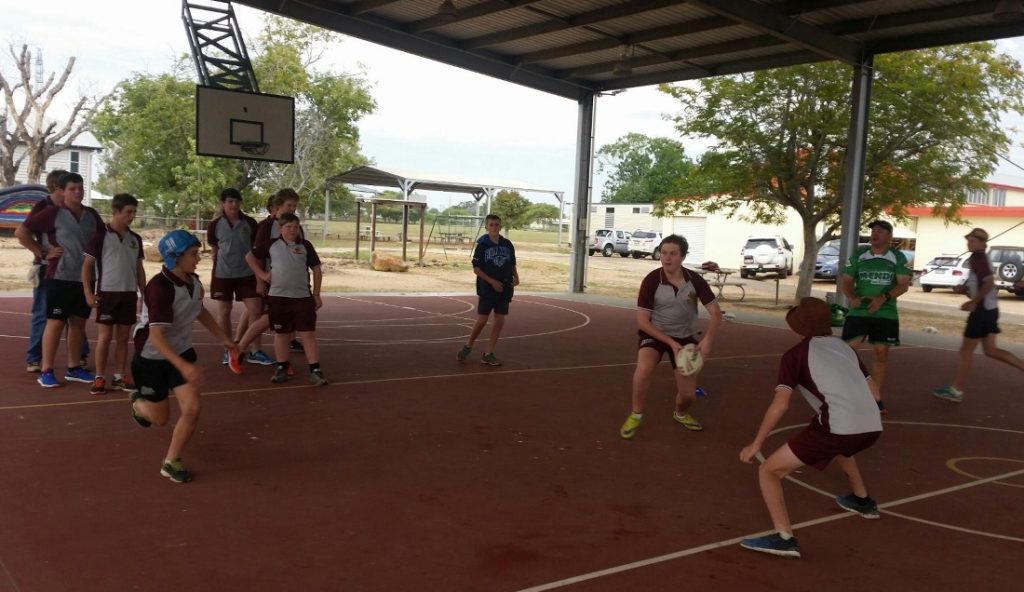 The Mendi Blackhawks started Country Week by sending their development team west for a tour. The Development team alongside NRL Development officers visited schools in Hughenden yesterday and were heading to Richmond, Julia Creek and Cloncurry to visit schools over the next two days. The group will move on to Mount Isa Schools on Friday in preparation for the Mendi Blackhawks team arrival late Friday Afternoon.

The Mendi Blackhawks will take to the field wearing special edition jerseys in honour of the Mount Isa match. The jersey includes the Mount Isa Rugby League Colours of green and gold and also an image of the famous Mount Isa stacks on the chest. A silent auction will be held for the match-worn jerseys, beginning Friday night at the Mount Isa Rugby League’s Sportsman Dinner at the Overlander Hotel. To buy tickets, $750 for table of 10 or $80 each, contact Sara Bax on 0406 411 755.

In support of one of our valued sponsors several Mendi Blackhawks players will be making a special appearance at KFC in Simpson St Mount Isa on Saturday morning between 10:30am and 11:30am. Fans are invited to come along to meet the players and enjoy some fantastic KFC.

In relation to their opposition this weekend the CQ Capras will present a definite threat in the form of unpredictability. Their past two matches have seen the Capras suffer a narrow two-point loss to Tweed Heads and a tight 24 all draw with the Easts Tigers. The team have pulled off a couple of upset victories so far this season including a win over the second placed PNG Hunters.

Currently well down the ladder the Capras will have nothing to lose and everything to gain with a win over the Mendi Blackhawks, as they chase sixth spot on the Intrust Super Cup ladder. Mathematically still a chance of playing finals football the Capras will be looking to win this weekend if they want to be there in September.

The Mendi Blackhawks will be hoping to improve on their strong performance in Round 19 which saw them lose in the last few minutes to the ladder-leading Burleigh Bears. The team will welcome back the talented Jahrome Hughes which will provide some stability and direction in the halves as he pairs with Michael Parker-Walshe.

Local fans are in for a treat as they will also be able to get an up close and personal view of cult hero Matty Bowen as he will play fullback for the match. Former Titan and Normanton boy Davin Crampton will line up in the back row and is looking forward to playing in front of family and friends.