After the weekend’s results its official that the Townsville Blackhawks Cyril Connell Cup and Mal Meninga Cup teams have both finished in first place in their respective pools and have secured a home quarter final this coming weekend.

Both teams will be taking on Victoria in big Quarter Finals at Jack Manski Oval on Sunday the 24th April at 12:30pm  and 2:00pm prior to the Intrust Super Cup clash between Townsville Mendi Blackhawks and the Northern Pride.

Cyril Connell Coach Allan Petersen said the most pleasing aspect of the season is the that the hard work has paid off, “We are extremely happy with the way the boys have performed during the regular season and all credit goes to the with the amount of hard work they have put in to achieve their first goal of finishing on top of their pool.”

“The boys are looking forward to this weekend’s quarter final and know that we have to take our game to another level. As a coach it is pleasing to see the group come together and their skills improve over time.”

The Cyril Connell team only suffered one loss during the season, averaged 31 points per match and finished top of their pool on superior for and against.

In a positive sign of the plethora of talent in North Queensland region, the Mal Meninga side also finished top of their pool following a dominant season in which they were undefeated and averaged 46.8 points per match.

Mal Meninga Coach Dick Walsh spoke about having similar injuries to the Intrust Super cup side in that the team lost key players early, “I’m obviously pleased that we have gone through the season without loss and finishing top of our pool. Even more pleasing though is that we have done this under some adverse conditions.”

“Loosing several of our key players through the season to long term, season ending injuries, 3 of which make up our 6 man senior playing group. This has opened up opportunities for other members of the playing group and they have grasp their chances and performed admirably.”

“This weekend we come up against Victoria in the quarter final. They are big across the park and we’re expecting a very physical game. Victoria have improved with each performance this year and being that it is their first finals campaign we will need to be at our very best to continue in the competition.” 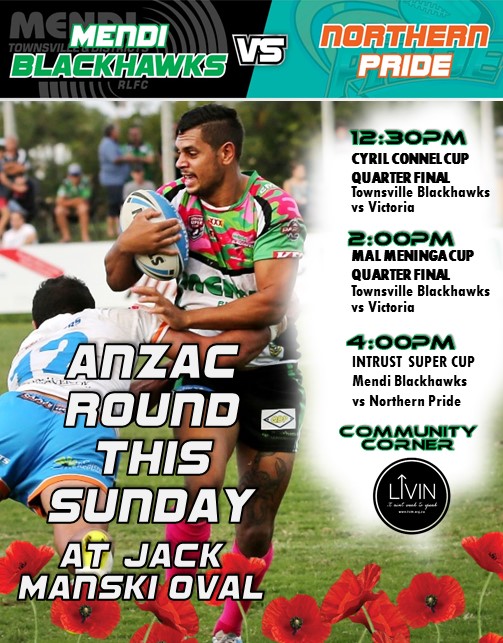