Round 2 Deja Vu for Blackhawks

If this Round 2 match up feels familiar, that’s because it is. The Townsville & Districts Mendi Blackhawks will tackle their first away game of the 2016 campaign this weekend as they travel to North Ipswich Reserve to take on 2015 Intrust Super Cup Premiers, the Ipswich Jets.  The same club that the Blackhawks faced in the Round 2 televised Intrust Super Cup match last year.

There will be a genuine battle on the field as well which will no doubt test the Mendi Blackhawks defense as the Jets, well known for their unorthodox attacking style, will be looking to score at every opportunity.  Coach Kristian Woolf has named an unchanged line up with the exception of Lorenzo Ma’afu at 18th man for the Round 2 clash.

The Jets, like the Blackhawks, have experienced some significant lineup changes since the 2015 grand final but Woolf says the talent they have recruited more than makes up for the talent they have lost, “They certainly have the same level if not better players in their 2016 squad; add to that the Broncos allocations and their unpredictability and you’ve got a seriously competitive combo” he said.

Not to say the team is unprepared, “We know what to expect this year and if we can dig in and play like we did in round 1, we’ll be in a chance against anyone.”

“I was really pleased with the effort last week. Round two will be a tough game but our troops always turn up for each other and I’m confident that as long as they produce that same effort from round one that we will be a tough side to beat.”

Gates open at 10am at North Ipswich Reserve and the game will be televised on WIN Television on Sunday. 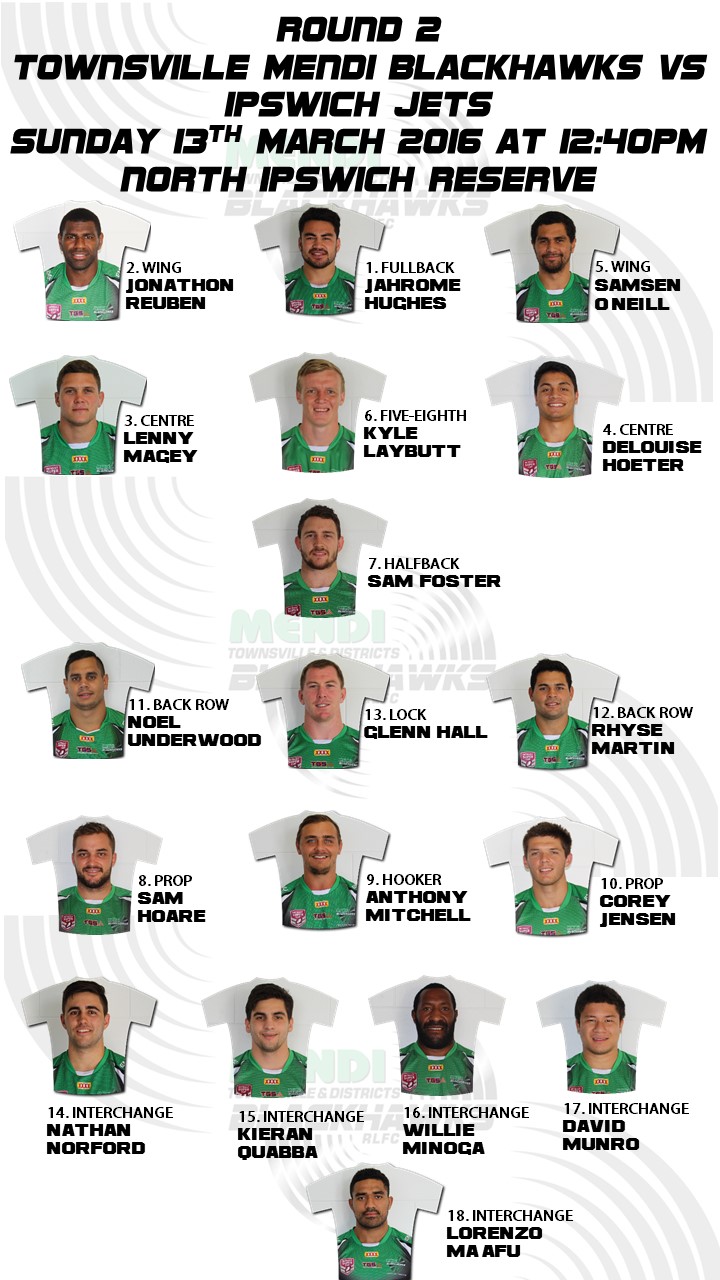