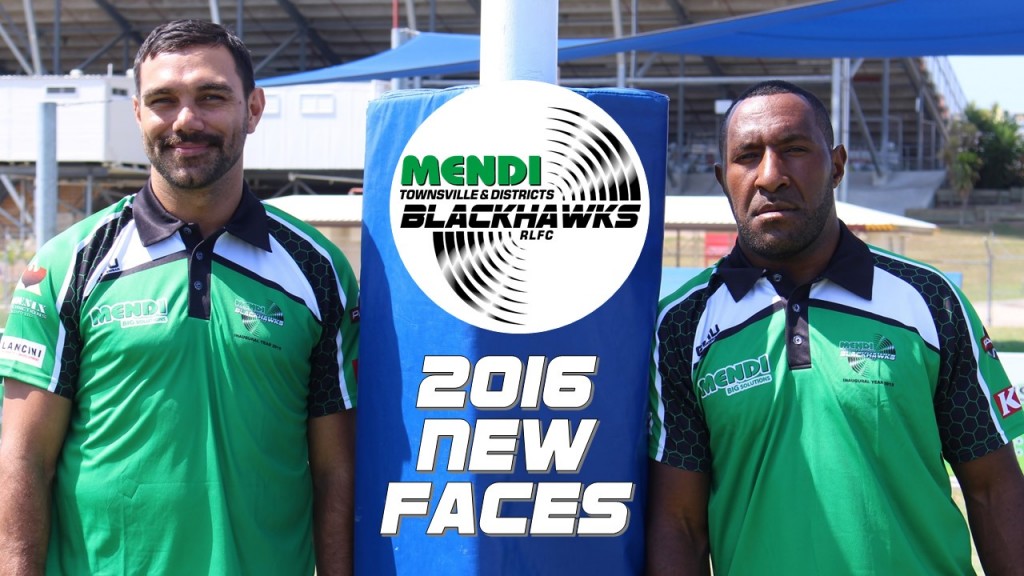 After an outstanding two years with the PNG Hunters the man nicknamed the “Freight Train”, Willie Minoga has signed with the Minor Premiers the Townsville & Districts Mendi Blackhawks. Hailing from Wabag, the least populous provincial capital in Papua New Guinea, Minoga is well known as one of the hardest hitting players in the Intrust Super Cup competition and brings with him strength, agility and athleticism to bolster the forwards stocks in Townsville.

The XXXX 2014 People’s Choice Award for Intrust Super Cup made a consistently valuable impact off the bench for the Hunters in season 2015 during their run into the finals and proved equally ferocious in attack and defence. Minoga represented his country in May 2015 when the Kumuls took on Fiji on the Gold Coast.

Football Operations Manager Adrian Thomson said that it was clear Willie was going to make an impact for his new club.

“He rattled a lot of our players in defence when we played them, his nickname is well-earned. On the three occasions that we took on the Hunters during the season Willie was certainly one of the players that stood out.

“Willie has proven to be a hard worker and we think he will fit perfectly into our team and culture here at the Blackhawks.”

Another player who has a reputation for working hard is fellow new recruit Hezron Murgha. Scoring almost a try a game in season 2013, he won the QRL’s inaugural 2013 XXXX People’s Choice Award whilst playing for the Northern Pride and was rewarded with his first NRL contract with the North Queensland Cowboys at 27 years of age.

Hailing from Yarrabah, Murgha has been a long term role model for people from remote indigenous communities. A standout in the 2014 Intrust Super Cup Grand Final and a long term Queensland Residents representative, the classy fullback notched up his 100th Intrust Super Cup match for the Northern Pride in 2015.

Murgha has overcome a knee injury and returned to the football park with renewed vigour to take on season 2016 with the Townsville & Districts Mendi Blackhawks.

“It’s exciting to have a player of Hez’s calibre in our squad. His family have settled in Townsville and he is focused on playing his best football. I think we can expect big things from Hezron in 2016.” Thomson said.