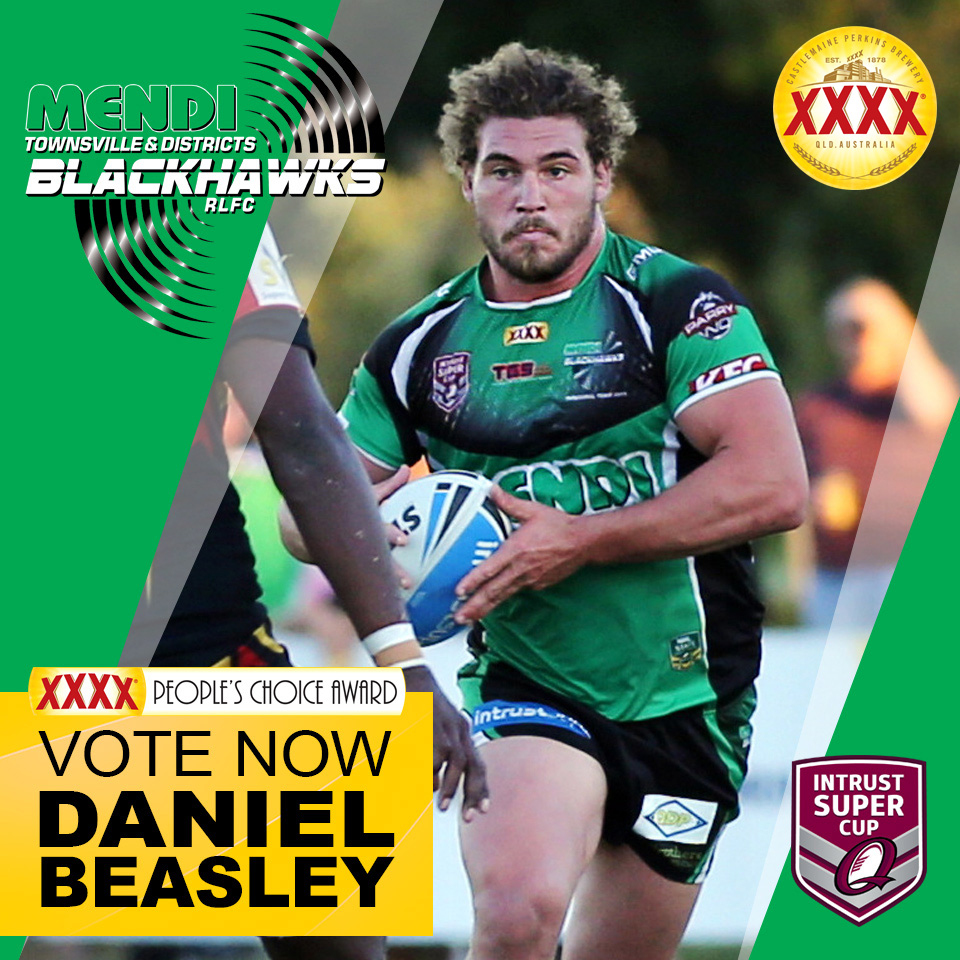 Voting on this year’s XXXX People’s Choice Award is officially open for fans of the Intrust Super Cup. PLEASE ENSURE THAT YOU ONLY VOTE ONCE! Multiple Entries from the same person will not be accepted.

The 14 clubs have each nominated a key player from their 2015 squad, with the focus now shifting to the competition’s passionate fans to select their favourite.

The Townsville & Districts Mendi Blackhawks have our inaugural Captain Daniel Beasley in the running for this fantastic award. Dan has had a stellar year and led our troops with pride. He regularly tops the tackle count and always commits 100%. Dan notched up his 50th Intrust Super Cup match in 2015 and shows no signs of slowing down. Jump online and give your vote to Dan now!

The player with the most votes will be announced as the XXXX People’s Choice at the QRL’s annual Gala Dinner on September 9 at Brisbane City Hall.

“There have been some fantastic players nominated for this award over the past few years,” QRL head of football Neil Wharton said today.

“The calibre of players in the mix this year reflects the strength of our Intrust Super Cup. The beauty of this concept is that it gives our loyal fans the unique opportunity to assess an outstanding group of nominees and have their say.”

Over the next three Sundays, each of the 14 nominees will feature in Channel Nine’s broadcast of the Intrust Super Cup.

Voting closes on Sunday, September 6 at 5pm. Multiple entries submitted by the same person will not be accepted and a valid email address is required.

A lucky fan selected from a random draw will win two tickets and a food and drinks package valued at $150 to the September 27 Intrust Super Cup grand final at Suncorp Stadium. (Prize excludes air travel and accommodation); along with a XXXX & XXXX Maroons prize pack valued at $500.

To view the nominees and vote, click here:
http://www.qrl.com.au/intrust-super-cup/xxxx-peoples-choice-award.html