Tough test against the Jets

The Townsville & Districts Mendi Blackhawks will face an old nemesis this weekend in Charters Towers for ‘Get in the Game’ Country Week. The Ipswich Jets were the first side to beat the Mendi Blackhawks back in the round 2 television match. The Jets have proved a force to be reckoned with in the 2015 season and now currently sit fourth on the ladder but on equal points with Wynnum Manly who are third due to their superior points differential.

The Mendi Blackhawks certainly have some serious attacking stars in Kyle Feldt and Zac Santo who is leading the try scoring for the Intrust Super Cup. But the Jets can match it, boasting Marmin Barber, who is nipping at Santo’s heels in the try scoring race, and also attacking weapons Nemani Valekapa and Chris Walker. Not to mention Brisbane Broncos hooker Matt Parcell and a strong forward pack. Coach Kristian Woolf is sure the match will be a huge test leading into the finals.

“The Jets will certainly be looking to bounce back after a tough loss against the Hunters at home. It’s also a road trip for both teams so no home ground advantage.

“They are a quality side with plenty of talent and they play an unorthodox attacking brand of football, it will be a serious test for us.” he said. 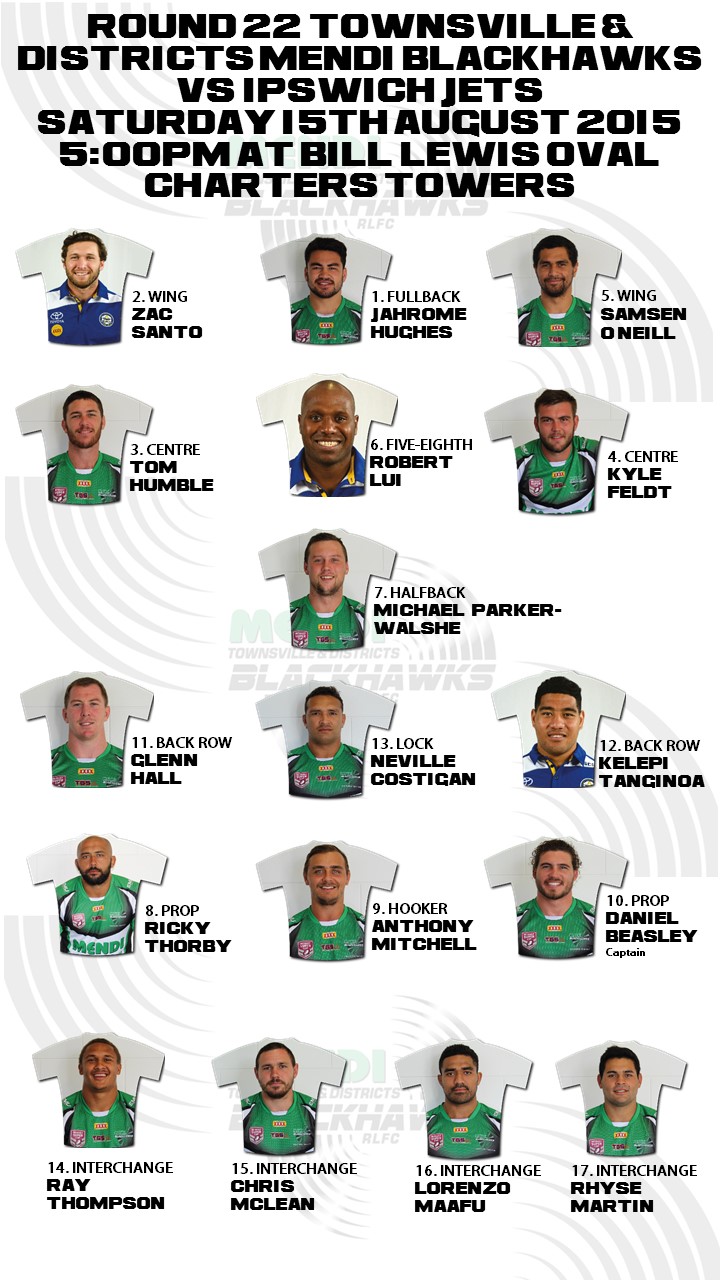