LIVE STREAM of the GAME HERE!

The Townsville and Districts Mendi Blackhawks this week will hit the road for a Friday Night Northern Derby at Stadium Mackay against the Mackay Cutters. The match will kick off the Queen’s Birthday Long Weekend with the Mendi Blackhawks returning from a week off following their BYE in Round 12. With plenty of rivalry between the two regions following years of Foley Shield football it will surely be a closely fought battle.

The Mendi Blackhawks will welcome back winger Jonathon Reuben and halfback Michael Parker-Walshe, as well as Cowboys player Glenn Hall to face a Cutters side led by Coach Kim Williams and including some serious talent. Currently sitting in fifth place on the Intrust Super Cup ladder, the home side has had some demanding encounters in the previous two rounds with a narrow loss to Burleigh in Round 11 and a hard fought win over the Northern Pride in Round 12.

“They are a gritty football side who have been in good form lately.” Coach Kristian Woolf said of this week’s opposition.

“They have been involved in some tough games in the past few weeks which will serve them well heading into this match. Being a local derby I am sure both sides will be keen to take the win.”

The only other change for the Mendi Blackhawks involves a move for versatile interchange player Noel Underwood to a starting position in the Centres this week with Moses Pangai still out due to injury. 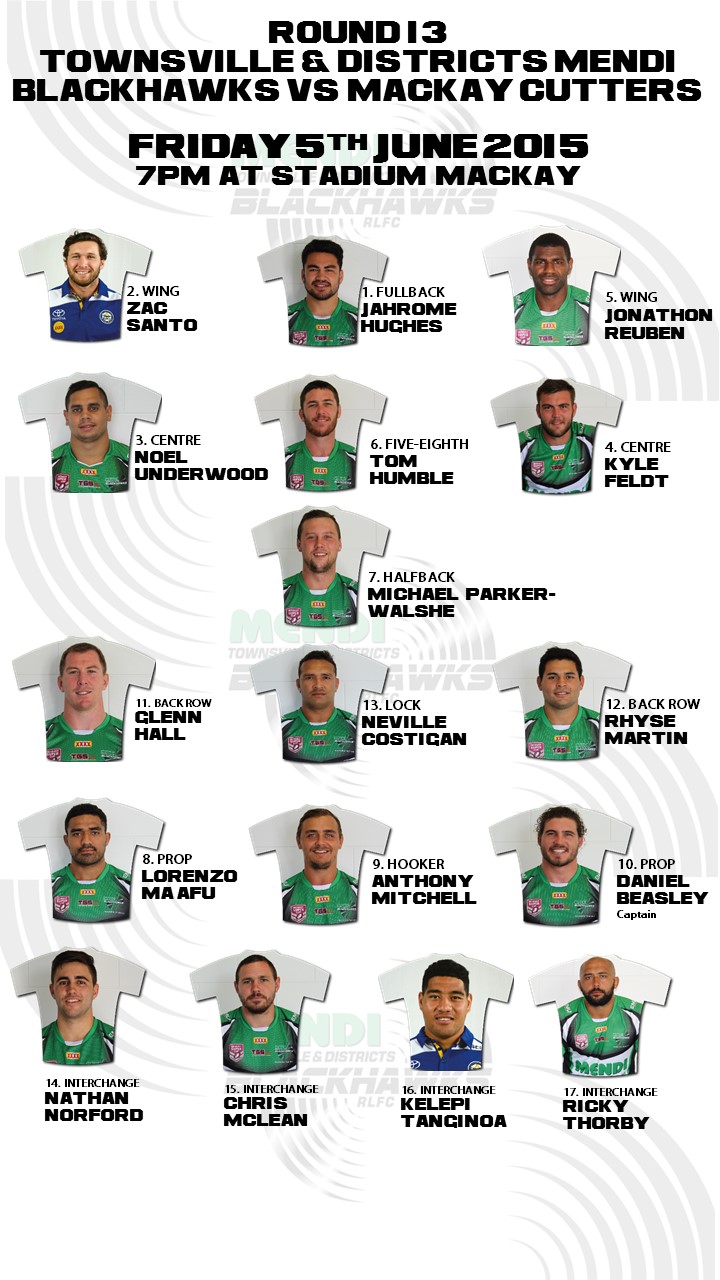