Fresh faces to take on the Hunters

This Saturday 23rd May sees the long anticipated matchup between the Townsville & Districts Mendi Blackhawks and the other newcomers to the Intrust Super Cup, the PNG Hunters. The Hunters are coming off a 4 game winning streak after recording a 34-16 victory over the Norths Devils in Round 10.

Currently situated in 5th place on the ladder with an impressive 7 win and 3 loss record the PNG Hunters are a strong physical side who will no doubt prove a handful for the Mendi Blackhawks.

Coach Kristian Woolf has been forced to make several changes to the side with some regular squad members unavailable due to either NRL duty or injury. Both Samsen O’Neill and Mitchell Seri have been named to play for the first time in the 2015 Intrust Super Cup season. Seri has been leading the way for competition front-runners Herbert River in the local league and O’Neill is returning after wrist surgery earlier in the year.

Seri will partner Tom Humble in the halves and O’Neill has been named in the centres to replace the injured Moses Pangai. Lenny Magey has again been named to on the wing and Jack Kelleher who has been playing local league with University comes into the side as 18th man.

Coach Kristian Woolf said the group is excited about the changes to the side, “These blokes have been working hard since the pre-season in November just waiting for their opportunity. This is their chance and the team and staff are really keen to see them make the most of their opportunity.”

“They are local boys who have played their junior footy in the region which means representing the Blackhawks means something to them and it’s even more special in that they get to run out in front of a home crowd.” He said.

It will be a huge day for rugby league at Jack Manski Oval with games kicking off at 9am with Brothers Junior Rugby League hosting home games and then University taking on Herbert River in the Senior League from 11am. The main attraction between the Mendi Blackhawks and PNG Hunters is set to kick off at 4pm. 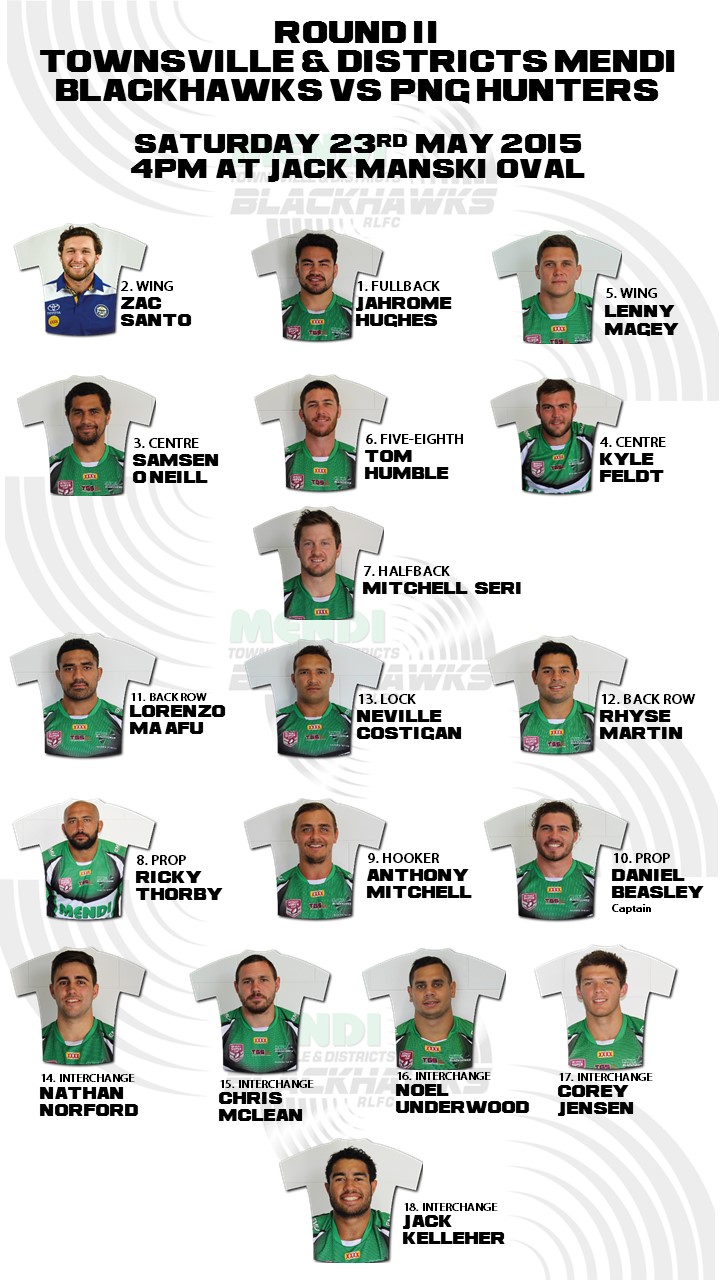