Fullback gets set to take on familiar faces

Townsville Mendi Blackhawks fullback Jahrome Hughes will line up against his old side this weekend in the hopes of continuing his current purple patch of form. Averaging 151.5 metres from just over 14 runs per game during the opening 9 rounds the custodian has had a hand in the many of the Blackhawks tries scored so far this season.

It’s not just Hughes try assists that are impressing, he is also proving to be a solid last line of defense at the back coming up with try saving tackles and diffusing plenty of high balls.

Hughes is looking forward to the Piggabeen road trip, “It’s always good to come up against your old teammates and coach. You always want to play better and get the win over them. It gives you that extra bit of motivation” he said.

Led by victorious Qld Resident’s Coach Aaron Zimmerle the Tweed Head Seagulls played finals football last year and are certainly not a team to be taken lightly. This week’s Tweed team includes eight Gold Coast Titans. Coach Kristian Woolf has said his side will be preparing for a tough road trip as they do prior to all away games.

“They have a quality line up with plenty of experience and have a four and four record so far this season so they can be unpredictable. Road trips are always tough and we will be preparing for a hard fought game.” 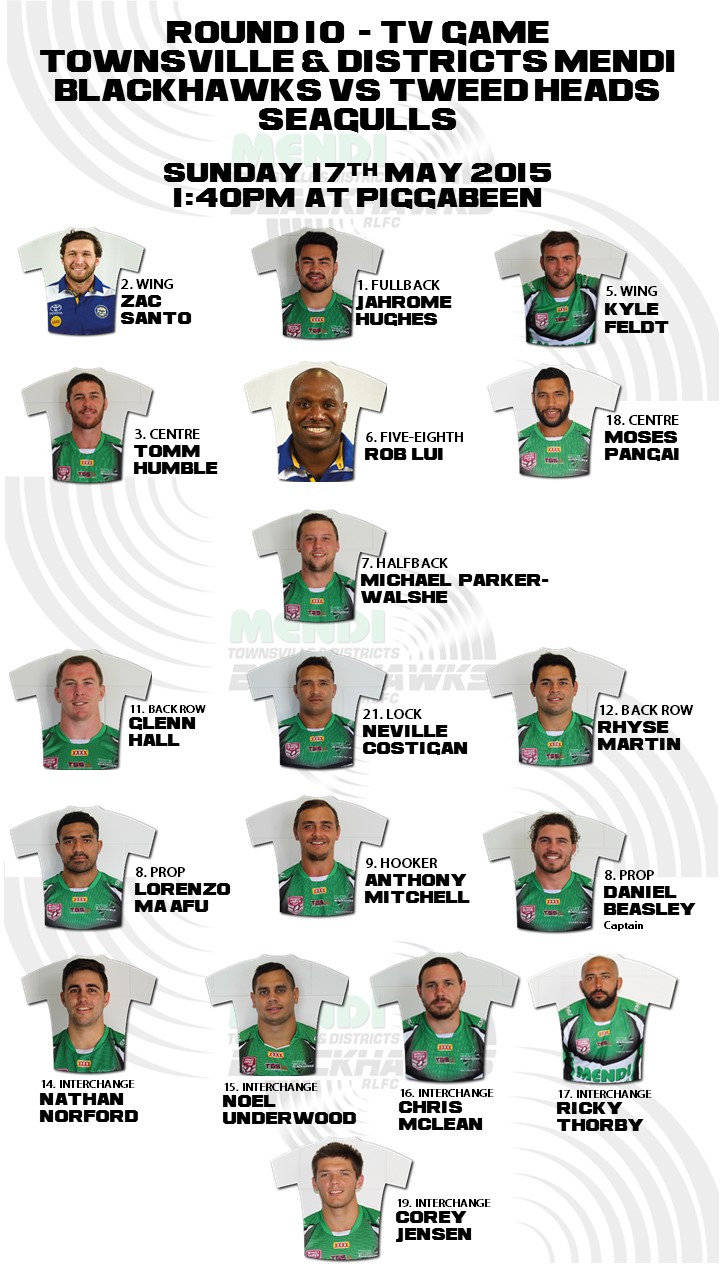