Blackhawks set for difficult fortnight on the road

The Townsville & Districts Mendi Blackhawks will this weekend travel to Davies Park to take on the Souths Logan Magpies. Souths are coached by former NQ Cowboys player Josh Hannay and have named a strong side for the game including Broncos contracted players Joe Boyce and Travis Waddell and Intrust Super Cup stalwart Phil Dennis. The game is scheduled for 2pm on Sunday 12th April 2015.

Mendi Blackhawks Coach Kristian Woolf has named almost the same starting 17 as the Round 5 team that edged out Wynnum Manly, with the only changes being Chris McLean returning to the bench after a week out with injury, and an extended interchange including Joe Mua and Jonathon Reuben.

“We have only had on road trip down south so far this season and we didn’t come away with a win against the Jets. So we will be focusing on our away form more than anything.” Kristain Woolf said.

“It’s the start of a tough three week period for us leading into the bye, with two away games against Souths and Redcliffe and then facing Easts at home in Round 8. We will have to work hard for the next 3 games to earn that rest.” 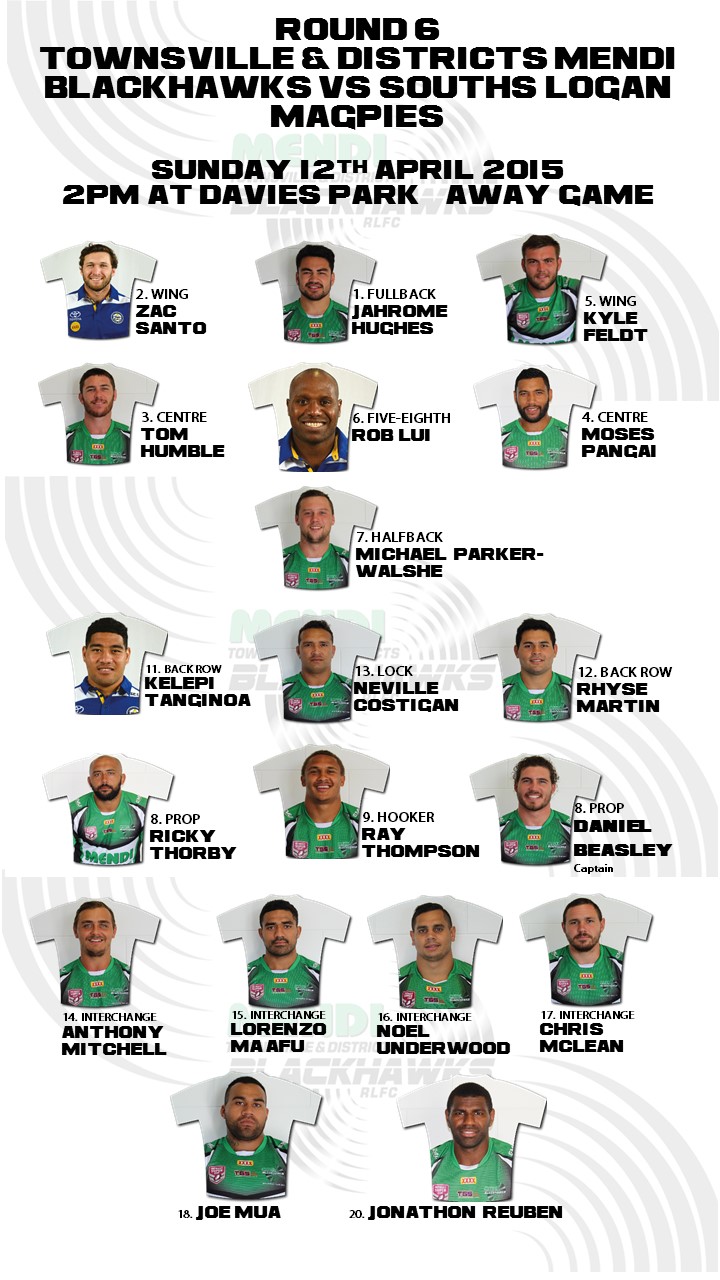