The Townsville and Districts Mendi Blackhawks have this afternoon named their line-up for this weekend’s match against the Wynnum Manly Seagulls at Jack Manski Oval on Saturday.

Coach Kristian Woolf has named an unchanged starting line-up for the encounter along with an extended interchange including Jonathon Reuben, Noel Underwood and Joe Mua. Ray Thompson will start at Hooker whilst Anthony Mitchell moves to the bench.

The Mendi Blackhawks are well aware that this week’s opposition will prove a stern test and this week’s training sessions will be focused on preparing for a tighter content. “Wynnum Manly are a perennial top 4 four team. They will definitely be around in September, we know that they are going to be really hard to beat.” Coach Kristian Woolf said.

“We are happy with our last two wins but as I have said previously, a week is a long time in football. Wynnum are on the same points as us, and they are tough opponent we won’t be taking them lightly.”

Gates will open at 3:00pm for the Easter Saturday Match with Pre-game entertainment starting from 3:30pm. The Main Game will kick off at 4:30pm. 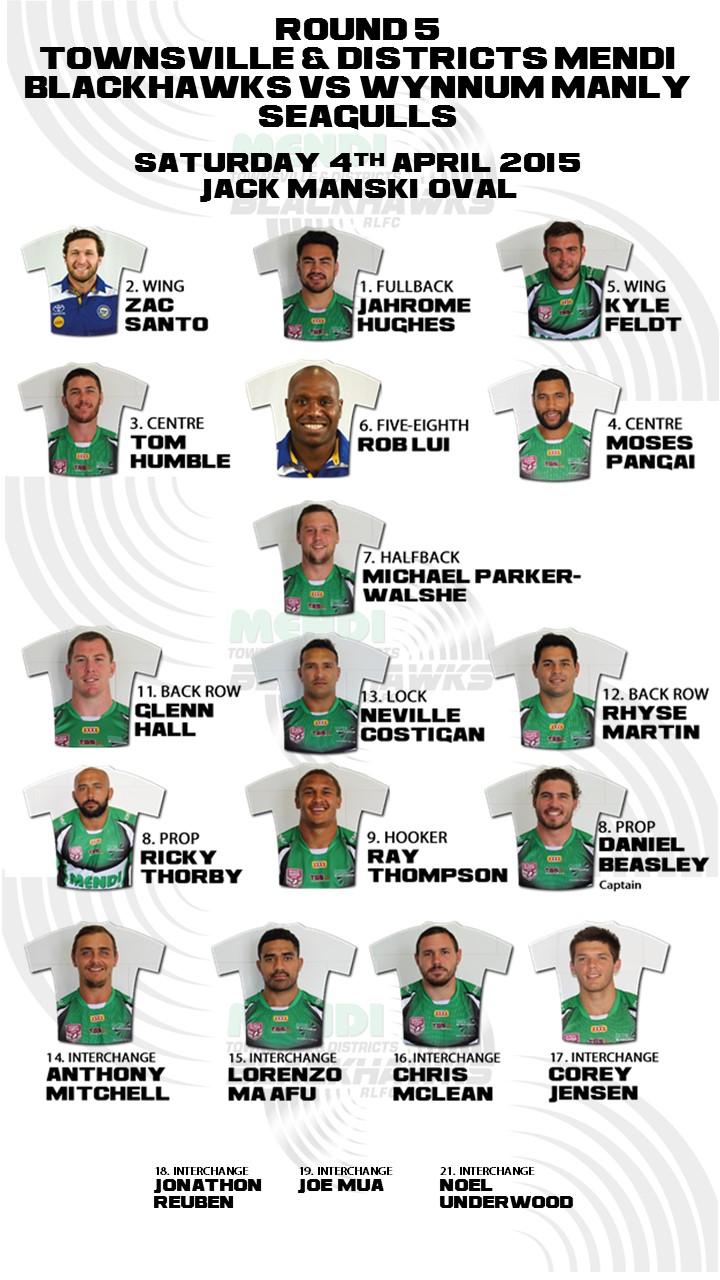