The Townsville & District Mendi Blackhawks will this weekend travel to Cairns to take on reigning Intrust Super Cup and NRL State National Champions the Northern Pride at Barlow Park in Cairns. The local derby is shaping up to be a great contest with the Pride eager to play some football after their Round 2 match was postponed due to the weather and the Mendi Blackhawks keen to improve on their Round 2 performance.

Again, this weekend, weather will play its part. Due to the unpredictable nature of the weather system currently affecting the North Queensland coast the game between the Mendi Blackhawks and the Northern Pride will no longer be broadcast live on WIN television on Sunday 22nd March 2015. QRL has today confirmed the Round 3 match between Tweed Heads Seagulls and Norths Devils will now be the live television game, instead of the NQ Derby as originally scheduled.

There are some changes to the squad with a shuffle required to include NQ Cowboys allocated player Rob Lui in the halves. Michael Parker-Walshe will move to halfback, whilst Tom Humble moves into the centres and Wayne Ulugia will move out to the wing. At this time the game will still be going ahead at Barlow Park in Cairns, any changes to venue and game timing will be updated as soon as the information comes to hand.

Coach Kristian Woolf said “While it causes a reshuffle in the team, it’s great to have a players of Rob’s and Ray’s calibre in the team. They are both local boys, Townsville born and bred and that’s important to us here.”

“Adding these NQ Cowboys players will help us with our composure. We will be looking for more consistency this weekend as I am sure the Northern Pride will be a tough test for us.”

ISC Round 3 vs Northern Pride 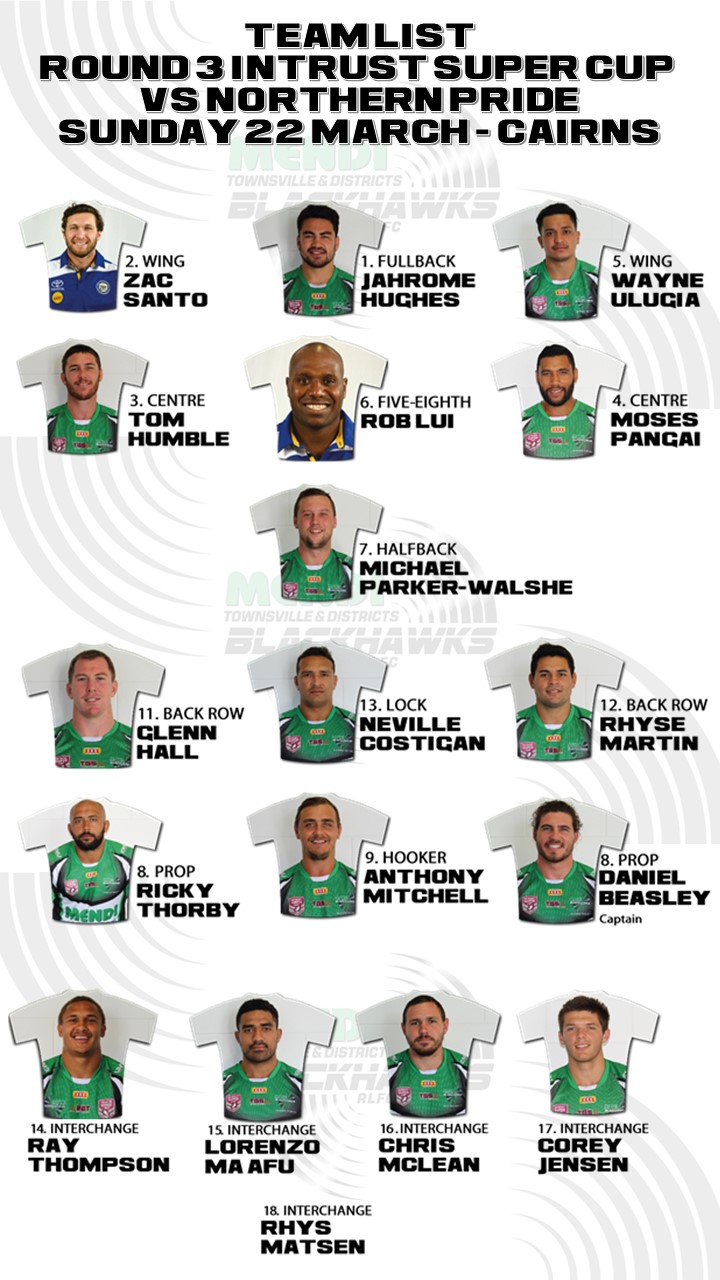