Rugby League Fans it’s time to get creative! Thanks to our Major Sponsor Mendi Group the Townsville & Districts Mendi Blackhawks have an official Mascot and it needs a name! 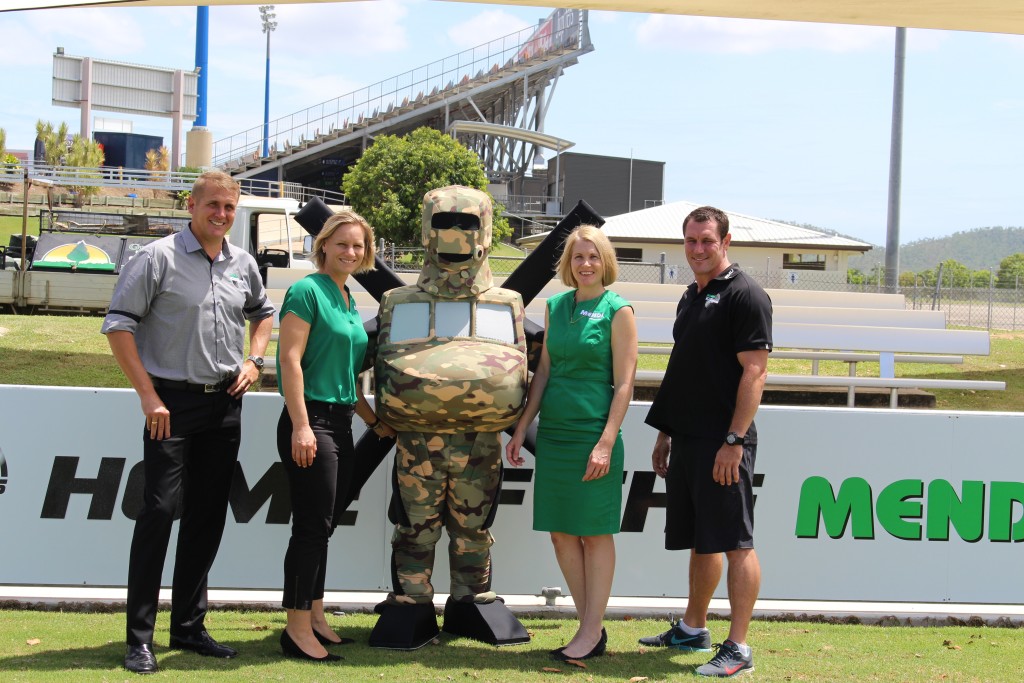 The mascot is based on what we believe a helicopter would look like if it were a Transformer. The mascot is a one of a kind design based on a sketch from CEO Justin Wilkins nephew. Mendi felt it was important to involve the children in game day and this Mascot with its Transformer-like look is going to be a huge hit with the younger fans. 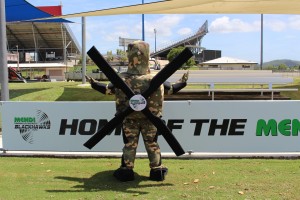 The competition which runs from Wednesday 11th February 2015 to Friday 27th February 2015, with the winner to be announced on Saturday 28th February 2015 in the Townsville Bulletin, on the Mendi website and also on
the Blackhawks social media and website.

The lucky winner will take home a Mendi Blackhawks merchandise pack valued at over $200.00, two season passes to all 11 home games and will also have the opportunity lead the mascot out onto the field in Round 1 at Jack Manski Oval on the 7th March 2015.

Mendi as major sponsors of the Townsville & Districts Mendi Blackhawks also had the opportunity for naming rights of the Mascot. The company is passionate about encouraging local support for the team in their inaugural season in the Intrust Super Cup. Corporate Services Manager Liz Hodder has arranged the naming the mascot competition to stimulate some excitement and allow children to be involved in the lead up to round 1.

Mendi Group Chief Operating Officer Kelly Thompson explained the company’s excitement “The facility here at Jack Manski Oval is first class and to have families come down and watch a state level comp during winter will be perfect for the game in the region.”

Fans can enter the competition from Wednesday 11th February 2015 by visiting the Mendi website.