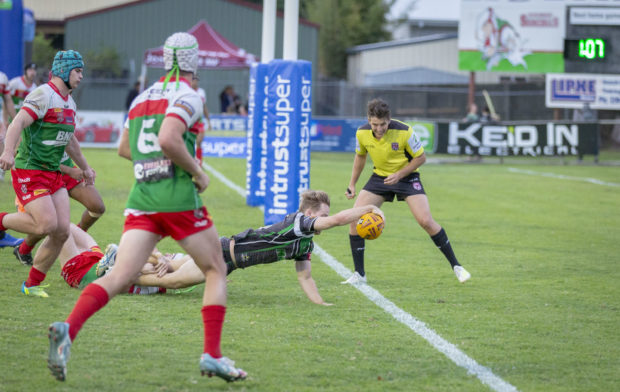 The Townsville & District Mendi Blackhawks remain 3rd on the Hastings Deering Colts ladder after an impressive 34-4 win over the Wynnum Manly Seagulls on the weekend.

The Blackhawks scored 5 tries to 1, with Adam Cook on fire with the boot kicking 5/5 conversions and 2 penalty goals.

Coach of the Mendi Blackhawks U20’s Dave Elliott said he was happy with him teams performance, especially the defensive effort.

“We spoke about the importance of defense and limiting Wynnum in attack during the week,” Elliott said.

“We knew they were capable of scoring a lot of points, as they have done in previous weeks.”

“Winning a game like this, the whole played well.”

“I thought Curtis Dempsey was really good through the middle,”

“Adam Cook and Brodie Chaffey both had good kicking games and took control of the game,”

“But our whole pack was good, and it was really pleasing game to watch.”

“To be the best defensive team at this stage in the competition is something that we have been working really hard on, and we want to continue to build on this.”

The Mendi Blackhawks have another tough road trip this weekend, travelling to Davies Park, to take on the South Logan Magpies.

“It’s always good when you go into bye round with a win,” Elliott said.

“We will just continue to work hard and hopefully build momentum as we head in to the second half on of the season.”