Blackhawks Too Good For Pride in the Wet 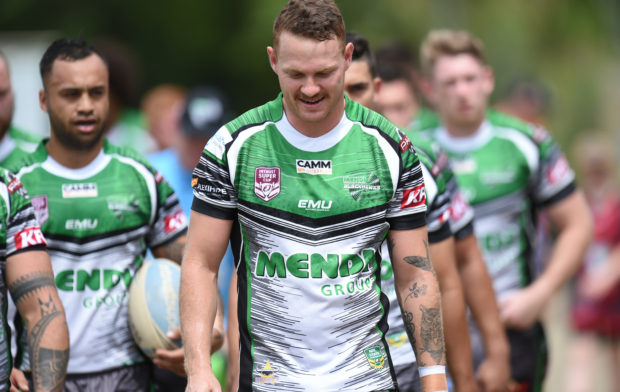 A clinical Townsville Blackhawks beat Northern Pride 20-4 in slippery conditions at Barlow Park in Cairns in round 3.

Pride’s Connor Jones said “it was pretty tough conditions – nice and wet”, adding his team needed to complete more sets to be successful.

Mendi Blackhawks, who beat Ipswich Jets in Round 1 and lost to Tweed Seagulls in Round 2, never really looked in trouble, with centre Levi Dodd proving very strong in defence and attack throughout the game.

Payne said “it was very trying conditions for both teams” with players battling constant rain.

“We just played to the conditions a little bit better,” Payne said, adding his team had worked on their previously poor completion rates, and it paid off tonight.

“There were some really good performances across the board.”

Payne said he was quite impressed with Thomas Gilbert and Corey Jensen, who “got through a mountain of work”, and Kyle Laybutt.

“Unfortunately a few too many errors from our guys,” Bird said.

Mendi Blackhawks will face Bears in Townsville in Round 4.

“We’re looking forward to getting home and playing at home,” Payne said.

He said his team needed “consistency with our high standards” to keep finishing on top week to week.

The Blackhawks’ Auswide Bank Mal Meninga Cup side dominated Pride 58-6, scoring 10 tries to the Pride’s one; Dylan White scored the first try of the game and converted nine of 10 tries.